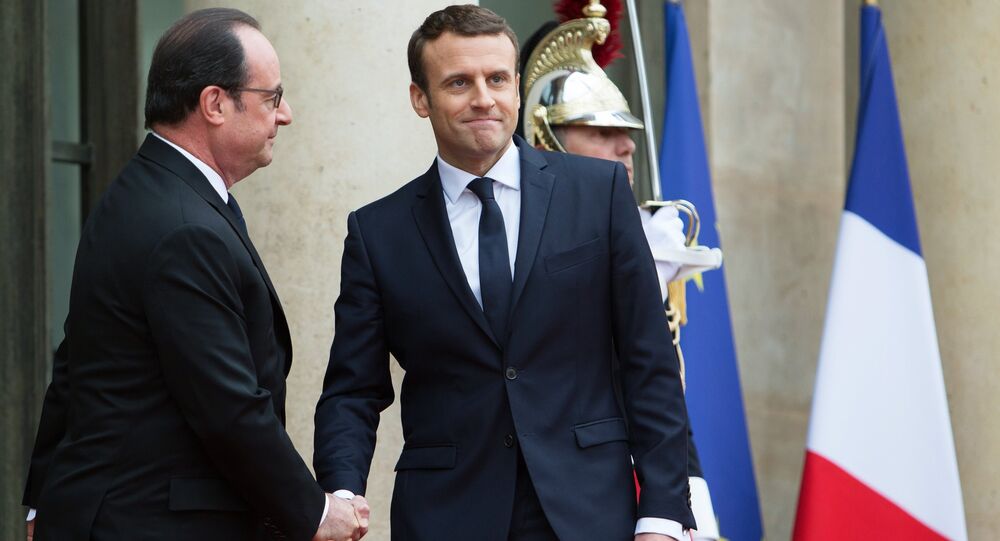 About 20 prominent French media outlets wrote an open letter to country’s President Emmanuel Macron to express their concerns over the selective treatment of the media by the president’s administration during various official events and foreign trips.

PARIS (Sputnik) — The letter, which was signed by such major media, TV, and radio outlets as BFM TV, AFP, France Info, France Inter, Mediapart, le Monde, le Parisien, le Point, RFI, RMC, Télérama, TF1, le Figaro, was published by the Liberation newspaper on Thursday. The publication came on the eve of Macron’s official visit to Mali, and criticized the handling of the media at the Elysee Palace and during Macron's foreign trips.

"We understand the necessity to organize pools of journalists due to the security reasons… However, in no case the Elysee Palace may choose those of us, who have a right or do not have a right to cover trips abroad regardless the agenda (defense, diplomacy, economy, education or social issues). It is not up to the President of the Republic, or his administration to decide on the internal policy of the media, their editorial line and coverage of certain events," the letter read.

It is stressed in the letter that none of the previous French presidents attempted to control the work of the media.

According to the journalists, such a selective treatment by the country’s leader has not only contributed to the growing mistrust of and confusion surrounding the media, but has also undermined the principles of democracy.

The issue of denied access for some media outlet to events held by Macron’s team emerged during his presidential campaign. In particular, the Russian RT broadcaster and Sputnik news agency were refused accreditation a number of times.

The most recent case of selective media treatment occurred on Thursday, when Elysee Palace for the first time in years barred journalists from entering its courtyard, where the official photo of the new cabinet was being taken after their meeting.