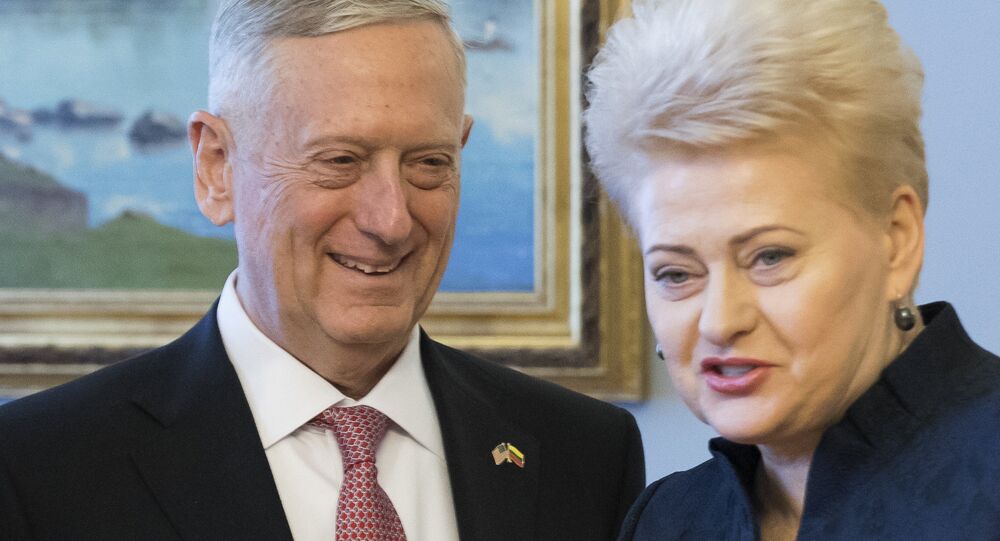 ‘Russian Threat’ May Cause US to Deploy Patriot Missiles To Lithuania

In a move that may portend a stronger US presence in the Baltics, defense officials in Washington have said a battery of Patriot missiles may be deployed to Lithuania, likely in response to perceived aggression from Russia.

"We are here in a purely defensive stance," said US Secretary of Defense James Mattis said while visiting Lithuania on Wednesday. Though he didn’t confirm the deployment, Mattis stated, “Everyone knows this is not an offensive capability. For anyone who says otherwise, I would just say I have too much respect for the Russian army to think that they actually believe there's any offensive capability."

Washington will "deploy only defensive systems to make certain that sovereignty is respected. The specific systems that we bring are those that we determine necessary," Mattis said during a news briefing with Lithuanian President Dalia Grybauskaite.

The possibility of moving missiles comes as Russia prepares for its Zapad military exercises in the west of the country, set to take place in August and September. As many as 100,000 Russian troops are expected to take part. Zapad exercises will also be held in Russia’s Kaliningrad enclave, between Poland and Lithuania.

A heavy Russian troop presence so near the border is worrisome to Lithuania, and Grybauskaite noted that Mattis understands these concerns.

Grybauskaite was also careful not to divulge much about the missile deployment, only saying "we need all necessary means for defense and for deterrence, and that's what we will decide together."

US officials have clarified that any such deployment would be temporary and herald no major change in Washington’s air defense in the Baltics. They noted that the surface-to-air missile system could be moved in during air defense exercises in July, and would be moved before the Zapad exercises.

However, Washington plans to keep an eye on the Russian exercises to see if Moscow brings equipment and amasses troops, and whether they leave anything behind once the drill is complete.

Lithuania, US to Sign Deal on Status of US Troops in Baltic Country

Lithuania to Construct Fence of Border With Russia for Geopolitical Reasons