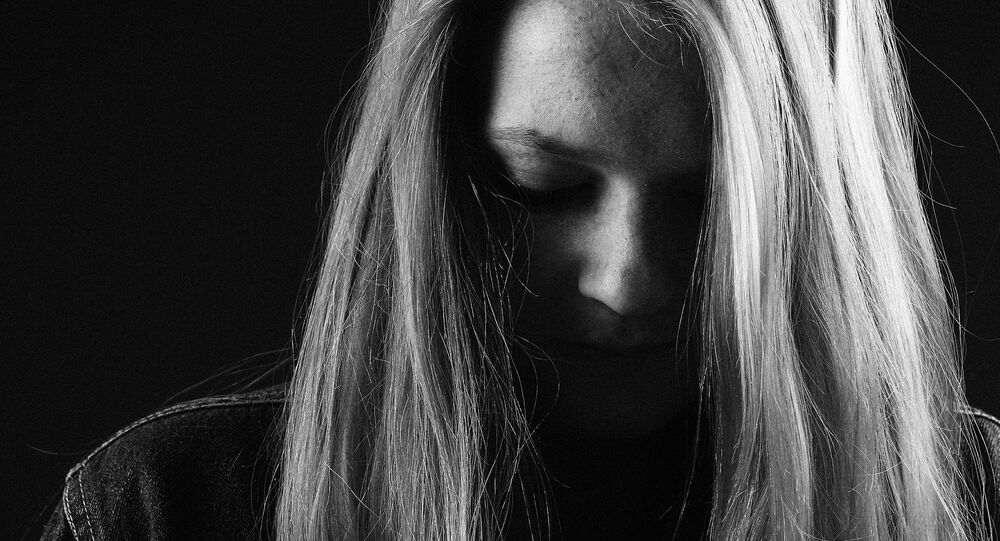 The "normalization" of underage sex in the UK exposes children and young people to the risk of sexual abuse and exploitation, research by the Family Education Trust (FET) suggests.

Young people in the UK increasingly see having sex below the legal age of consent, 16, as "normal part of growing up" — as a result, they not only endanger themselves, but risk contracting sexually transmitted diseases and/or becoming pregnant.

​Moreover, the report apportions blame to public officials and health professionals, suggesting their failure to detect the abuse of young people in cases such as those in Oxfordshire, Rochdale and Rotherham were symptomatic of a misguided but burgeoning belief that underage sex was commonplace — relatively harmless, as long as the individuals involved consent.

Author Norman Wells, FET Director, said "fundamental flaws" in professional attitudes had "directly contributed" towards the exploitation and abuse of children in the UK.

© CC0 / Pixabay
"The evidence from recent serious case reviews clearly demonstrates that fundamental flaws in professional attitudes towards underage sexual activity have directly contributed to exploitation and abuse. Relaxed attitudes towards underage sex have led to a paralysis in child protection. There is no indication of a willingness to address these underlying issues either at the local or the national level," Norman said.

The report is said to be based on analysis of high profile cases of child sexual exploitation. It claims researchers identified a refusal on the part of professionals to raise questions about underage sex or even about a father's identity when presented with a pregnant teenager under the age of 16.

Moreover, the very agencies responsible for protecting young people from sexual exploitation are accused of facilitating a culture in which the response of professionals to underage sex is frequently limited to the confidential provision of contraception. Many health professionals "expect" under-16s to be sexually active, meaning access to sexual health services fails to elicit consideration of whether the girls involved might be suffering abuse.

© Photo : Pixabay
'Game Changer' Tech Developed to Stop Child Sex Abuse Online
Wells argues the approach to relationships and sex education in schools, which he claims encourages children to decide for themselves when they're ready to embark on a sexual relationship, would prove counter-productive, exposing them to the risk of sexual exploitation.

It goes onto cite the serious case review of the Oxfordshire sex scandal, which noted the "political and professional reluctance" to issue any firm statements about something being "wrong," had contributed to "an environment where it is easier for vulnerable young people to be exploited."

"The evidence suggests the relativistic approach advocated by leading campaigners for statutory sex education is not the solution, but part of the problem. Children, young people and professionals alike all need a clear moral compass in order to safely negotiate the confused and confusing landscape that lies before them," Wells concluded.

Professor David Paton, an expert on the economics of teenage pregnancy at Nottingham University Business School, wrote the report's introduction. He described the findings as "utterly damning."

"With the publication of this report, policymakers and professionals working in sexual health no longer have any excuse to ignore the evidence. It is of the utmost importance that the government takes the findings of this report seriously and undertakes an urgent review of its approach to confidential sexual health services," Professor Paton  added.

Pretty hard to believe The 'Family Education Trust' has 'no political or religious affiliation'. They've got pro life written all over them

"We are extremely concerned about the negative arguments made throughout the report linking the two. Despite societal assumptions and complex challenges young people face, the average age of first sexual activity in the UK is 16," she explained.

Available data suggests the average age for girls is slightly under 16, and for boys slightly over 16. This is under the global average (17.3), although older than in Iceland, where Europeans have sex youngest — people on average lose their virginity at 15.6.

Nonetheless, there is indeed a historic trend towards lower ages of virginity loss in the UK — in the 1950s, the average age was 21, by 1980 it had declined to 17 years.

​Moreover, Office for National Statistics figures for 2016 indicate the UK has the highest teenage birth rates in Western Europe, at 6.8 per 1,000 15-17-year-olds — compared to 1.1 in Denmark and 1.3 in the Netherlands. Overall, in Europe the UK only had a lower child pregnancy rate than Bulgaria, Romania, Slovakia, Hungary and Latvia.