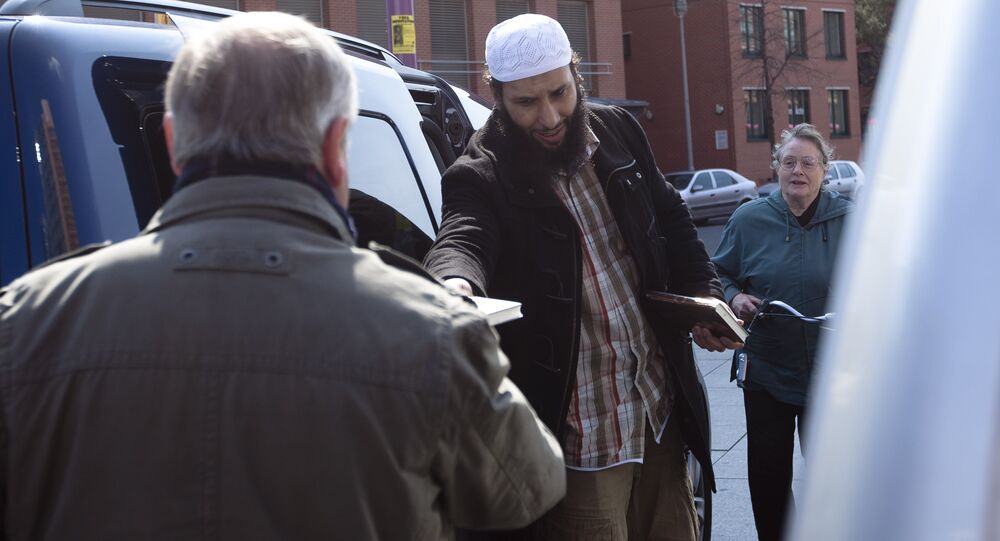 The number of Salafists in Germany has doubled in less than a decade, German intelligence officials warn.

© Photo : Bürger für Erfurt facebook
Construction of German Mosque Halted After Activists Mark Territory With Crosses
Germany's Federal Office for the Protection of the Constitution (BfV) has warned of an alarming rise in the popularity of Salafism in recent years, the German newspaper Rheinische Post reports.

German intelligence has identified 10,000 current followers of the radical Islamist movement, a figure which has more than doubled over the past decade.

The German authorities have been criticized for failing to deal adequately with the threat from Salafism. Last year it was revealed that a 24-year-old Islamic extremist who was "active on the Salafist scene" was allowed to work in the high-security areas of Berlin's two airports for years.

In recent months, German police have cracked down on Salafist cells in Germany. In November, German police in ten different states launched raids on around 200 apartments and two mosques belonging to "Die Wahre Religion" (The True Religion), a Salafist extremist group.

Salafism is a fundamentalist form of Sunni Islam which condemns theological innovation, advocating strict adherence to Sharia law and the institution of a theocratic Islamic state.

The German government has described Salafism as "a particularly radical form of Islamism," with close links to terrorism.

© AFP 2019 / Thomas Frey / dpa
Undercover Reporter Finds Subversive Sermons in 'Normal' Mosques Across Germany
The BfV states that "in Germany as well as at the international level, Salafism is currently being regarded as the most dynamic Islamist movement."

The most influential current within Salafism is Wahhabism, Saudi Arabia's state religion.

Last week a German undercover reporter revealed that "normal mosques" across Germany are fostering parallel societies by preaching the rejection of German society.

Constantin Schrieber attended sermons at which German society was described as a source of danger and temptation for Muslims. He found pamphlets telling worshippers that the Koran rejects parliamentary democracy, that the concept of the nation is a "Western disease" and that God alone is the source of laws."

Germany to Roll Out 'Cyber Army' Next Week