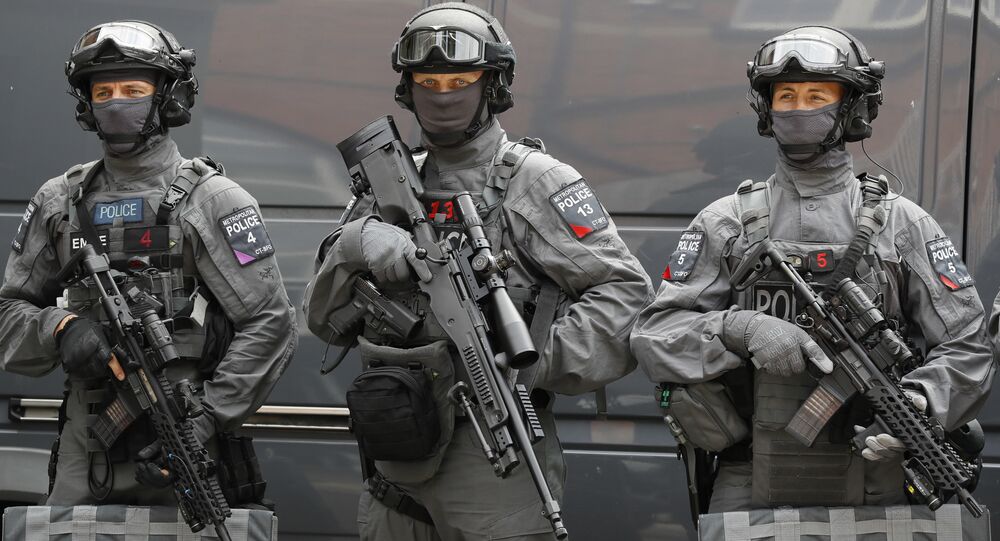 Britain's security and defense capabilities - which are seen as a leading strength within the EU - will form a central plank of talks over Brexit and could prove crucial to any new deal, with the EU member states benefitting from British intelligence capabilities, Sputnik has been told.

© AP Photo / Stefan Rousseau
British Members of Parliament to Reconsider Armed Police at Westminster
Negotiations over Britain's future relationship with the EU — which formally begin March 29, following delivery of a letter from UK Prime Minister Theresa May to EU Council President Donald Tusk — will turn on how much the EU needs British support in key areas.

None is more important than security and defense, especially in the light of increased terrorism in Europe — most recently with the terror attack in London, March 22, in which five people, including the attacker, were killed and dozens injured.

"They can't survive well without us, without our participation in Five Eyes [the intelligence alliance between the UK, the US, Canada, Australia and New Zealand]. We are linked into the best intelligence systems in the world," UK security expert, Will Geddes, founder of ICP Group told Sputnik.

"There is also the issue that we are now very much part of the game, after what happened in Westminster last week. We, together, are all in the same fight with the same common enemy. The big issues is what is happening in Brussels. It would almost be counterproductive if the MEPs and bureaucrats try to put any leverage or restriction on the intelligence-sharing capabilities between European countries and the UK. It would be self-defeating," Geddes told Sputnik.

The issue of the freedom of movement of people — central to the values of the EU — dominated the Brexit referendum campaign, with calls for Britain to restrict migration and control its borders. That has been brought into sharp focus since the Schengen area was exposed as being insecure, allowing for the mass movement of migrants — and terrorists — to roam freely throughout the EU.

"From a security perspective, the freedom of movement affords benefits to those that have positive trade and migration across Europe. Unfortunately, as with something that benefits many, there are a few — a minority — who will exploit it for their own purposes."

© REUTERS / Hannibal Hanschke
Police stand in front of the truck which ploughed into a crowded Christmas market in the German capital last night in Berlin, Germany, December 20, 2016.

"It shows the importance of intelligence join-up. When an attack takes place in Germany, for instance, and the perpetrator escapes to Italy it is crucial that there is good coordination with intelligence counterparts in other countries so that you can track these individuals down as quickly as possible," Geddes said.

On December 19, 2016, Anis Amri, a Tunisian failed asylum seeker, drove a truck into the Christmas market next to the Kaiser Wilhelm Memorial Church at Breitscheidplatz in Berlin, leaving 12 people dead and 56 others injured. He was shot in a gun battle with police near Milan four days later (albeit after a chance ID stop).

The UK negotiation team knows that most EU member states value the importance of British intelligence — as well as its NATO defense capabilities — and will be keen to ensure that any new deal with Britain will have to include continuing close cooperation on security and policing matters.

EU to Give UK Commissioner Crucial Security Role Ahead of Brexit