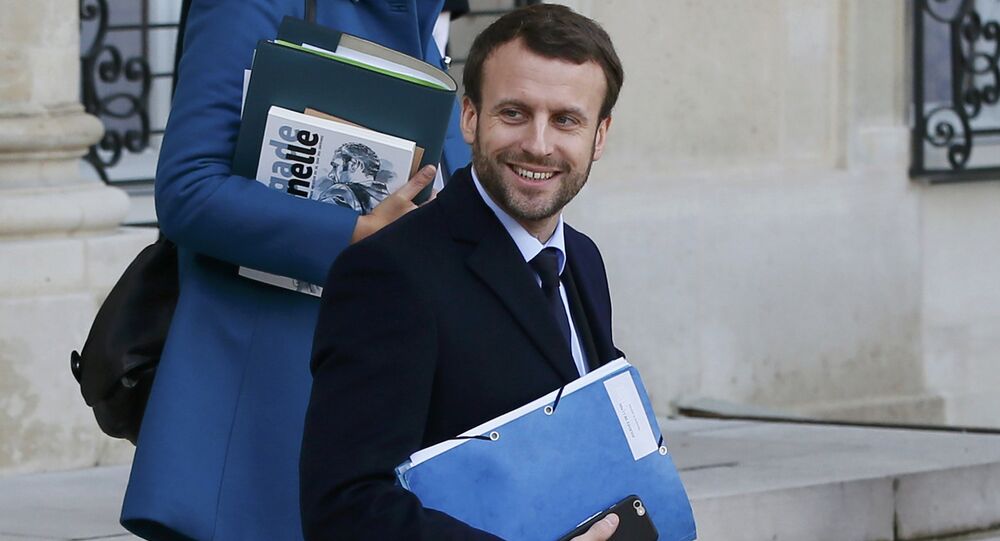 Chances of French independent presidential candidate Emmanuel Macron to win in the first round of the election increased by 1 percent, reaching 25 percent, an OpinionWay poll showed Wednesday.

MOSCOW (Sputnik) — According to the survey, far-right National Front party leader Marine Le Pen still holds leading positions in the first round of the presidential race, with voting intention figures amounting to 27 percent.

The projected support both for The Republicans' candidate Francois Fillon and Socialist candidate Benoit Hamon dropped by 1 percent since Tuesday, amounting now to 19 percent and 13 percent, respectively.

Chances of The Republicans' candidate Francois Fillon to defeat far-right presidential hopeful Marine Le Pen in the second round of the French elections continue to decrease, dropping by 1 percent to 56 percent, the poll showed.

Voting intention figures for Fillon have been decreasing since Friday, when he was projected to gain 62 percent of votes against Le Pen's 38 percent.

In case Le Pen, who is still expected to lead in the first round, faces independent candidate Emmanuel Macron, she is projected to lose 39 percent to 61 percent. Macron's chances to defeat the National Front leader increased by 1 percent since Tuesday, growing for the first time in the last four days.

The first round of the election will take place on April 23, while the run-off is scheduled for May 7.