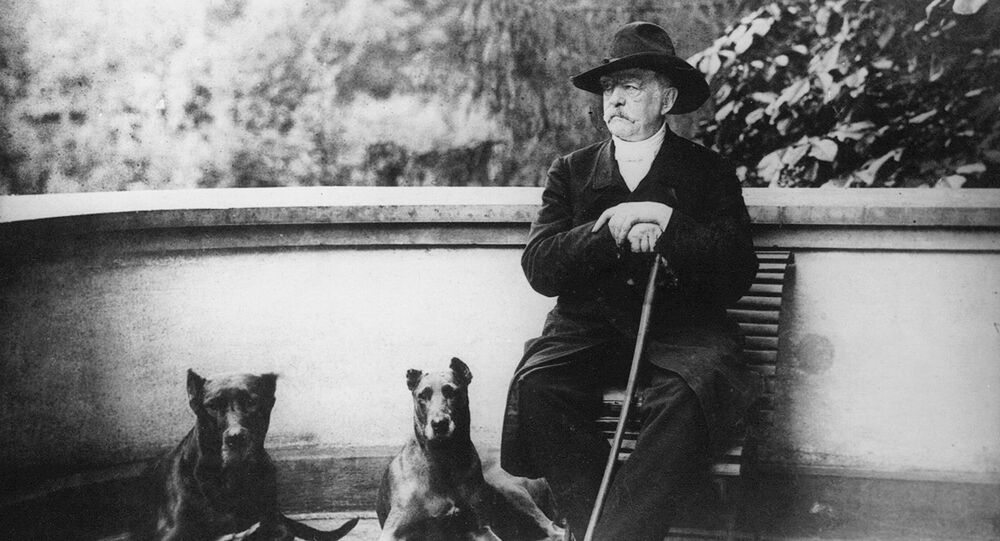 German politicians should look to one of the most successful eras in their nation's history for an example of how to forge better relations with Russia, German historian Achim Engelberg writes.

© REUTERS / Ints Kalnins
'Stop These Madmen': Germans Blast NATO Muscle-Flexing in the Baltics
Although Berlin has used the rhetoric of "dialogue" with Russia, the actions of Germany and other Western countries, such as the US, in recent years suggest they are orientated towards conflict.

The prolonged anti-Russian sanctions, deployment of NATO troops to the Russian border and false accusations of "Russian hackers" have strained international relations.

Instead of following such a belligerent course, German historian Achim Engelberg calls on German politicians to heed the warnings of Otto von Bismarck, who maintained good relations with Russia during another tumultuous period in history.

Before he became Prime Minister of Prussia in 1862, Bismarck served as Prussia's envoy to St. Petersburg, an experience which left him with a fondness for Russia and a close relationship with the Russian court.

Bismarck also had familial links to Russia. One of his ancestors, Ludwig August von Bismarck, served as commander in the Russian imperial army in Ukraine in the 18th century.

As Imperial Chancellor, Bismarck was keen to build a close but independent relationship with Russia that would be mutually beneficial to both parties, Engelberg wrote in an analysis published in the German journal WeltTrends.

"Bismarck's Russia policy was directed towards co-operation, which was not to end in dependence. He feared that an anti-Russian policy would lead to hostile alliances and ultimately, to war, which indeed happened in the First World War," the historian wrote, Sputnik Deutschland reported.

© REUTERS / Kevin Lamarque
US Historian Predicts Trump's Presidency Will Be Second Shortest in History
For example, Bismarck sought to act as an "honest broker" and mediate the conflict between Russia and Austro-Hungary, as Russia supported Pan-Slavic movements in the Balkans seeking autonomy from Habsburg rule.

Despite the conflicts in Europe at this time, Bismarck endeavored to "never to break relations with Russia, since this would be a threat to peace in Europe," Engelberg said.

However, Bismarck's successors failed to follow his advice, with terrible consequences for Europe. His immediate successor, Leo von Caprivi, abandoned co-operation with Russia, ending the secret Reinsurance Treaty signed by Germany and Russia in 1887.

According to the treaty, Germany and Russia promised to remain neutral if the other became involved in a war with another great power. The agreement made an exception for if Germany attacked France or if Russia attacked Austria.

Under pressure from the German Emperor and other expansionist forces, successive Chancellors pursued policies which, "as predicted by and Bismarck and also Friedrich Engels, led to the First World War and the destruction of Europe."

"Today, as we are experiencing a new order in Europe (and the world) … it is worth remembering Bismarck's complex policy," the historian wrote.