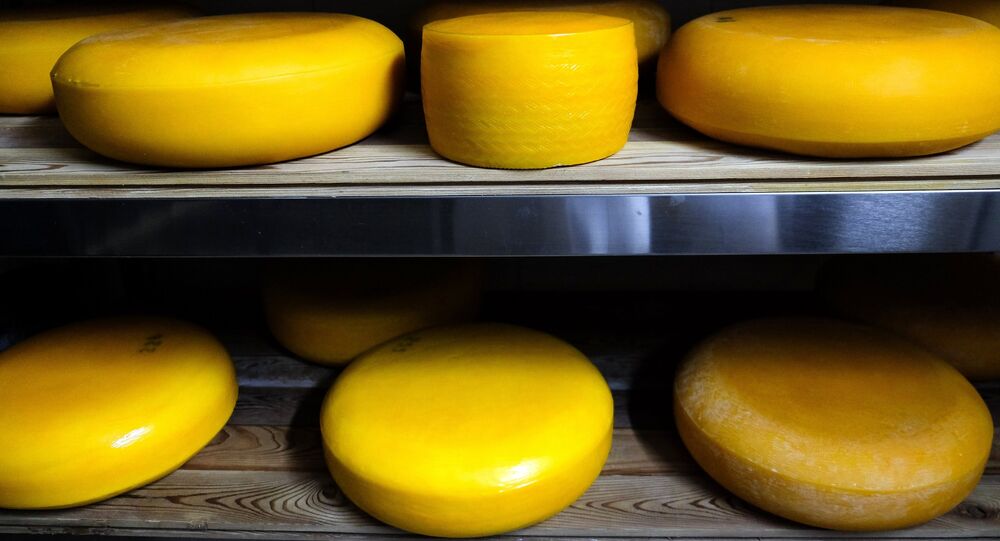 After dealing with nearly two years of anti-Russian EU sanctions, Forbes columnist Kenneth Rapoza has come to the conclusion that “yes, Russia can live without Europe.” However, even though it still has a long way to go before it fully replaces European goods with home-grown replacements, the effect of Russian countermeasures may be more acute.

© Sputnik / Vladimir Sergeev
US Threat to Businesses Spooks EU Ahead of June Anti-Sanctions Summit
“They repeatedly predicted catastrophic consequences for us, saying that our economy will be left 'in tatters.' It is not in tatters. There are difficulties, but Russia’s current economic and financial situation is much better than it was during other periods of our history,” Russian Prime Minister Dmitry Medvedev said on Wednesday, summing up the results of the Finance Ministry‘s 2015 performance.

Columnist Kenneth Rapoza has expanded the statement even further, explaining how some of Russia’s food producers “have learned to like less competition from Europe, thanks to sanctions”, even though “Russia has a long way to go before it replaces European goods with with home-grown ones.”

“While Russia can’t make brie cheese or grow certain fruits, it can pull more cod out of the sea and produce more chicken from local farms,” reads his article in Forbes.

“Those guys, and the Russian government that backs them with subsidies, are happy without Europe to some degree,” he says.

For the government, he reasons, it keeps rubles in the country. For food importers, it does away with exchange risk.

© AFP 2021 / FABRICE COFFRINI
Russia Rules Out Appealing to WTO Over Western Sanctions
Consumers however are not that lucky, as “import substitution is a long process and so prices have gone up.”

The author cites the data of the Russian Federal State Statistics Service Rosstat, which illustrates the gains of Russia’s import substitution efforts.

“Food has been the biggest problem for inflation, but at the same time inflation is in decline. Most of this is due to a stronger ruble,” Rapoza says.

The ruble was trading in the 80s against the dollar back in January and is now in the mid-60s.

The other variable, he suggests, is wage stagflation and lackluster consumer spending. Inflation is now at 7.3%.

“In this regard, yes, Russia can live without Europe,” he states.

© Sputnik / Stringer
US Blackmails Europe Into Imposing Illegal Sanctions Against Russia
Russian countermeasures, however, came as a sensitive blow to the European countries.

While there is no consensus on a single figure for the damage incurred by the European agricultural sector, the organization Copa-Cogeca, which positions itself as “the united voice of farmers and their cooperatives in the European Union”, has assessed that Russian countersanctions are costing farmers €5.5 billion in export value every year.

“There is a particularly bad situation on the EU pork, dairy, fruit and vegetable and beef markets, mainly as a result of the Russian export restrictions which shot the EU’s main export market worth 5.5 billion euros overnight,” it said in a statement.

“This situation is not our fault, yet it is our sector that is being hit the most. EU farmers are paying the price for international politics.”

Rapoza, however, notes that European sanctions on Russia have mainly taken banks and other large corporations away from cheap euro loans.

However, sanctions on oil firms “have not done much damage as Russia and European oil firms continue to discuss the Nord Stream II pipeline.”

The analyst further reasons that with in such a situation Moscow is unlikely to move first on sanctions.

“The government will wait for Europe to lift first, and Europe will wait for the US to lift, which is unlikely to happen until after the 2016 presidential election,” he finally states.

Plan B: This is How Western Banks are Bypassing Anti-Russian Sanctions