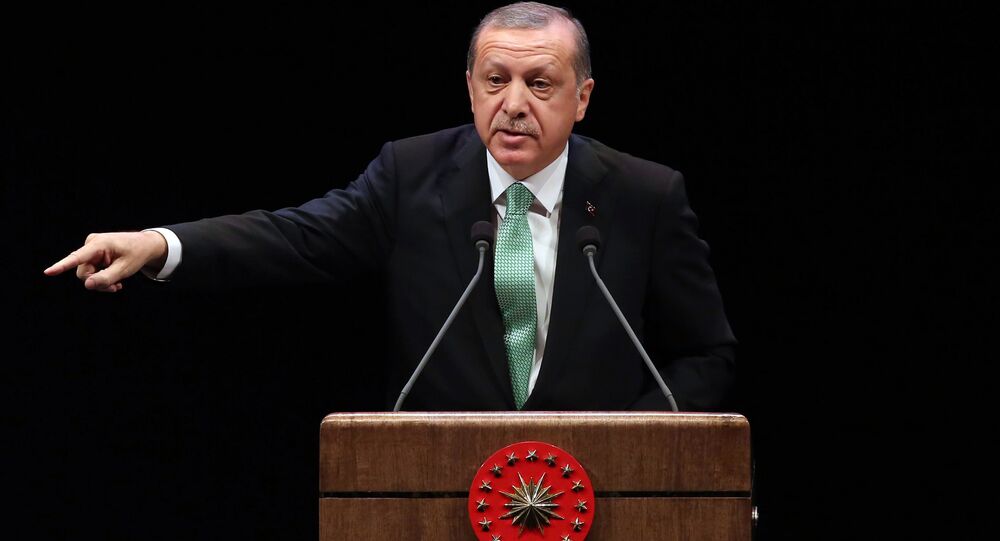 A movie about the life of Turkish President Recep Tayyip Erdogan is slated to hit theaters on March 3. Already released in Turkey, the film will now be playing across Europe.

According to the Turkish newspaper Star, the movie “Reis” (Leader), directed by Hüdaverdi Yavuz, was filmed in Istanbul and also at various locations in Cyprus.

© Photo : Facebook/Reha Beyoğlu
Erdogan, The Movie! New Biopic to Glorify Early Life of Turkey's President
The biopic opens with the news of former Prime Minister Adnan Menderes' execution and focuses on President Erdogan’s childhood years and his rise in politics.

The film’s makers used fourteen heavy trucks to transport their equipment and props from Istanbul to Cyprus.

The filming started in January 2016 in Trikomo, a village in northern Cyprus, transformed for the movie into the 1950 Kasimpasa neighborhood of Istanbul where Erdogan lived as a child. The production team worked for four months and spent another three months on post-production.

“Reis” was originally expected to come out in Turkey in October 2016, but the premiere was eventually pushed back to February 26, 2017, when Recep Tayyip Erdogan will be celebrating his 63rd birthday.