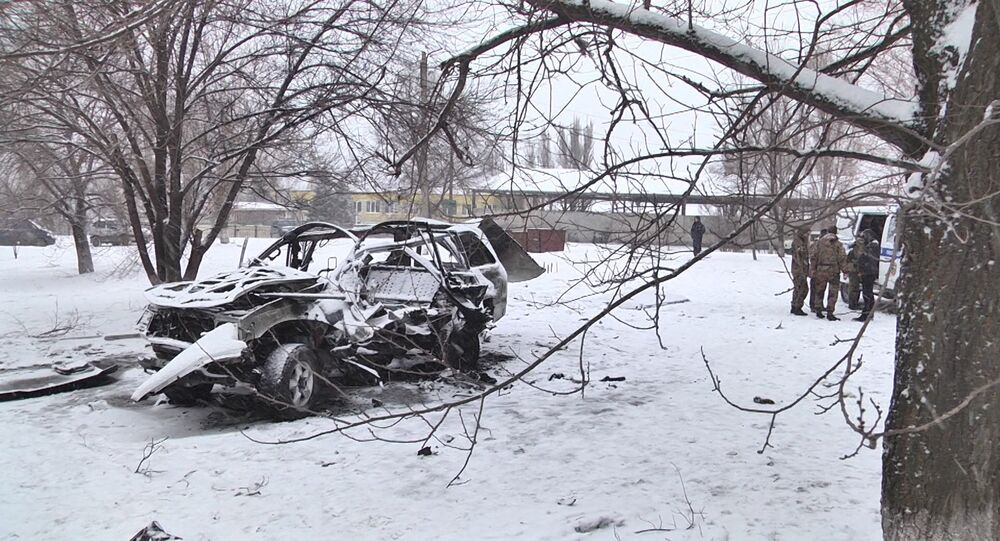 DONETSK (Sputnik) — Anashchenko was killed in the city of Lugansk with the LPR suspecting that the terrorist attack was carried out by Kiev's special forces to destabilize the situation in the region.

“The Ukrainian side is continuing to choose the most violent and devious methods of war, copying international terrorists … That’s why the DPR increased its security measures … We do not rule out the possibility of new provocative and terrorist acts in the republic,” Basurin told reporters.

The attack occurred amid the escalation in the Donetsk region. In the town of Avdiivka Kiev forces and DPR militias are clashing. The conflicting parties have both accused each other of initiating the violence and have both suffered casualties.

On Friday, a spokesperson of the DPR’s Office of Ombudsman said that over 30 people have been killed and more than 80 others, including 47 civilians, have been injured in the republic as a result of violence this year.

The armed conflict in eastern Ukraine flared up in April 2014 as a local counter-reaction to the West-sponsored Maidan coup in Kiev that had toppled legitimate President Viktor Yanukovych in February. Residents of the Donetsk and Lugansk regions held independence referendums and proclaimed the People's Republics of Donetsk and Lugansk. Kiev has since been conducting a military operation, encountering stiff local resistance.