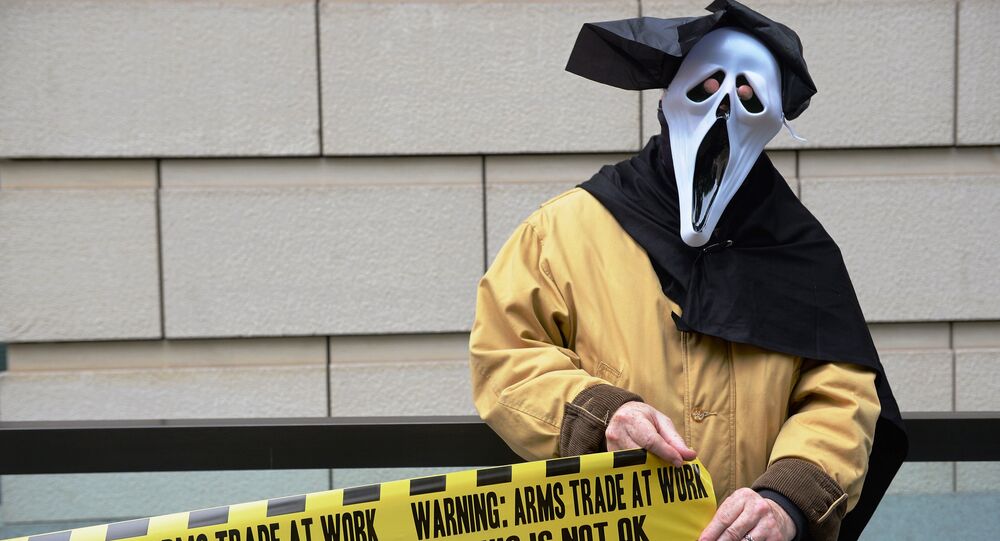 In the first trade deal inked by UK PM Theresa May's government, Britain will supply fighter jets worth $US125 million to Turkey – and critics have accused Westminster of once again putting profits before human rights. Which other countries are being supplied by Britain – and what are they being supplied with?

Under the deal, signed by Prime Minister May during a state visit to Turkish capital Ankara over the weekend of January 28/29, UK defense manufacturer BAE Systems will construct TF-X fighter jets for the Turkish military.

TAI will develop national fighter jet in Turkey in cooperative with British BAE. First Turkish fighter jet will be flying in 2023. pic.twitter.com/gw8j6CS7f6

Official channels were quick to spin the deal as a demonstration of Britain's ability to forge new economic relationships with foreign countries once it secedes from the European Union. Conversely, detractors have branded it yet another example of the UK government cosying up to repressive regimes in search of lucre, particularly in light of President Erdogan's sweeping post-coup crackdown that has seen 125,000 sacked or suspended from their jobs, 40,000 arrested and several media outlets closed.

In 2016, UK Trade & Investments statistics showed Britain had sold more arms than China, France or Russia over the past decade. The report boasted that the UK was now "one of the world's most successful defense exporters" whilst "averaging second place in the global rankings on a rolling ten-year basis." 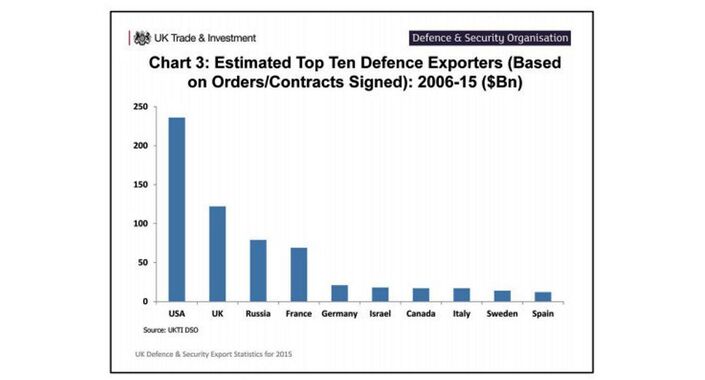 Many of the purchasers have highly questionable human rights records. CAAT figures reveal Britain has sold arms to 39 of the 51 countries ranked "not free" in Freedom in the World rankings, and 22 of the 30 countries on the UK Government's own human rights watch list. 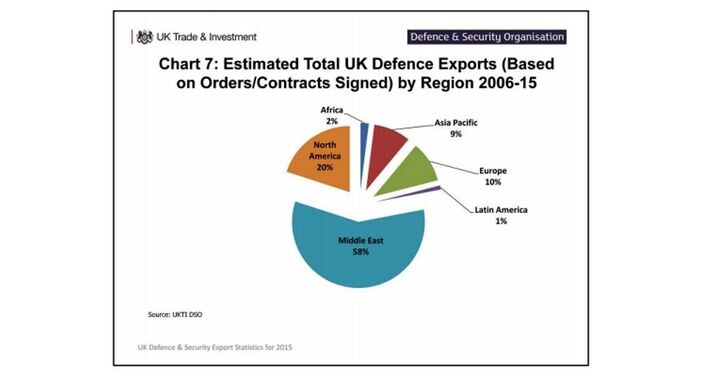 Andrew Smith, a spokesperson for CAAT, says the UK has "consistently armed some of the most brutal and repressive regimes in the world."

"Last week we saw Theresa May in Turkey where, despite the deterioration of human rights, she agreed to sell £100 million [US$125m] worth of arms to the Erdogan regime. The message it sends to the Turkish government is one of uncritcal support, but the message it sends to those locked up and tortured in the crackdown is that their human rights are of less consequences than profits for BAE Systems," Smith told Sputnik.

Saudi Arabia has been the largest overall recipient of British munitions, with receipts totalling US$11,270,288,639 since 2008. 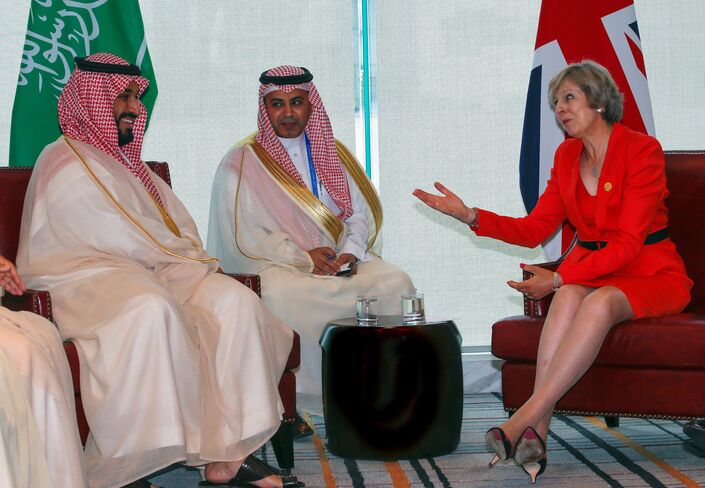 CAAT lists over 700 separate items that have been purchased. These arms have primarily been used by Saudi Arabia in support of Yemen's government in a brutal war against Houthi rebels, which has claimed the lives of over 10,000, and brought the country to the brink of destruction.

However, the UK's military relationship with Oman runs far deeper than weapons exports, and dates back to the days of Empire, when the country was the gateway to India.

In 2016, the Royal Family visited the country, and the government reaffirmed its commitment to building a new military base in Oman to accommodate one the UK's two new 65,000-tonne aircraft carriers.

£8,825,727,601. That is the value of Britain's Arms Export Licences to Saudi Arabia. UK State backs murder of innocent civilians. pic.twitter.com/SrKl6YLnAo

Arms spending by the UAE in this period reflects a renewed policy of military modernization. The country was the fourth-largest arms importer globally in 2016. It is particularly investing in fighter jets, anti-missile systems and homeland security capabilities.

BAE Systems, the third largest arms manufacturer in the world and the biggest UK-headquartered arms company, has been more than happy to oblige despite the country's authoritarianism and disregard for human rights.