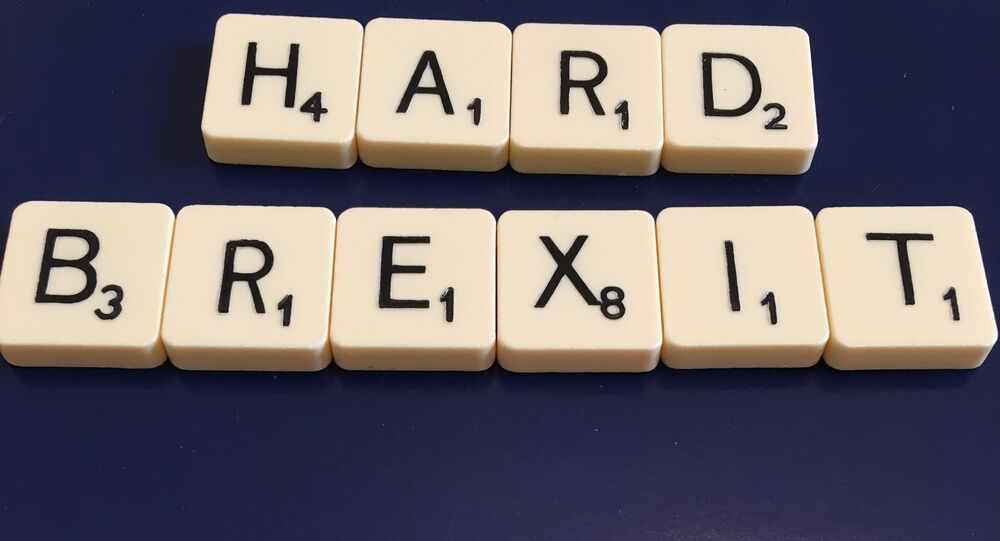 UK Chancellor of the Exchequer Philip Hammond said London and the European Union could hammer out an interim arrangement if Brexit is not completed in time.

MOSCOW (Sputnik) – The European Union and the United Kingdom may agree on interim arrangements after the latter withdraws from the bloc should the sides fail to negotiate a Brexit deal in two years, UK Chancellor of the Exchequer Philip Hammond said Friday.

"We will leave the European Union two years after we serve the notice. If the negotiations are positive, constructive, we’re working together, I don’t see that needs to be an insuperable problem. If we’re making good progress but haven’t quite got there we will simply agree that Britain will leave the European Union and we will agree some interim arrangements while we complete the discussion," Hammond said at the World Economic Forum.

According to Hammond, the agreement on Brexit can be reached in two years if there is a political will on both sides.

Hammond added that in case of failure to reach the Brexit deal, the scenario of the UK rejoining with the bloc was unlikely.

"I do not think that there is any kind of likely scenario, not least, because a country joining the EU now would be required to sign up to a commitment to become a member of the single currency zone… [that is] an absolute red line to Britain," the chancellor said.

© Photo : Pixabay
Rule the Waves Again? Post-Brexit UK to Pursue Global, Not European, Free Trade
On Tuesday, UK Prime Minister Theresa May confirmed that the United Kingdom would not remain a member of the EU single market following Brexit, but instead would pursue bilateral free trade agreements with the bloc’s members.

On June 23, 2016, the United Kingdom held a referendum, as a result of which the country decided to leave the 28-nation bloc. According to the final results, some 52 percent of voters supported Brexit. Following the referendum, May said the country would trigger the Article 50 of the EU Lisbon Treaty by the end of March 2017, which will mark the beginning of the withdrawal negotiations, as well as negotiations on free trade with London's international partners.