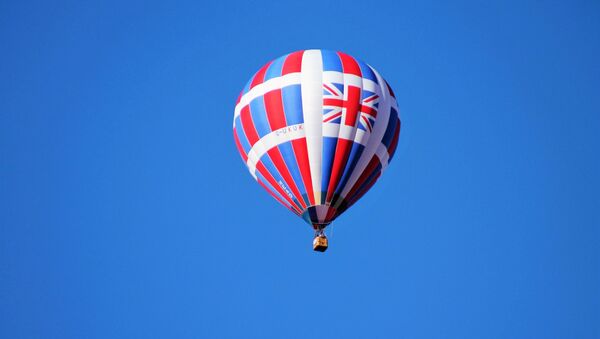 © Photo : Pixabay
Subscribe
International
India
Africa
The UK is intending to pursue a path of global free trade rather than inter-European economic integration, meaning that for the first time in roughly a century, 'Rule Britannia' is trending again.

London Mayor on Brexit Talks: Bad Deal for UK Would Be Very Bad Deal for Europe
Kristian Rouz – After earlier this week the UK Prime Minister Theresa May outlined a plan for Britain's separation from the EU, implying 'no soft Brexit' is likely, the nation re-emerged as a champion of global free trade at the World Economic Forum in Davos, Switzerland, on Thursday. By positioning the UK's global trade as more important than free trade within the European continent, PM May sent a signal of the British Empire resurrecting from the debris of its European identity for the first time since the early 20th century.

Meanwhile, Britain's renegotiated trade mechanisms with Europe might not work, observers have suggested, meaning the UK will be more reliant on its trade with its Commonwealth partners, as well as mainland China and the US. With the latter, a bilateral trade deal is already in the making, and President-elect Donald Trump is likely to have a very favorable opinion of it.

"The UK will step up to a new leadership role as the strongest and most forceful advocate for business, free markets and free trade anywhere in the world," PM May said in her speech at the World Economic Forum (WEF) in Davos, on Thursday.

Brexit: The 'Economic Cost' of Sterling's Surge in Value After UK PM's Speech
Earlier this week, May said that Brexit also means the UK will exit the European Customs Union, meaning Britain will fence itself off from free European trade with customs tariffs. This is probably a protectionist measure against the German industrial goods and financial services, which compete with UK manufacturing and the activities of Canary Wharf. The English-German economic rivalry, unseen since at least 1914, might re-emerge again, fuelled by the euro’s weakness and the pound's projected revaluation in the light of the forthcoming interest rate hikes from the Bank of England (BOE).

In Ireland, meanwhile, the political party Sinn Fein said that Brexit also means a "hard border" between the Irish Republic and Northern Ireland, or Ulster, which is part of the UK. In the June 23 referendum, Ulster voted in favor of remaining in the EU, along with Scotland and London, but the less populous regions of England and Wales overran Celtic aspirations to stay in the EU.

"I believe strongly in a rules-based global order," May stated. "The establishment of the institutions that gave effect to it in the mid-20th century was a crucial foundation for much of the growing peace and prosperity the world has enjoyed since. And the tragic history of the first half of the last century reminds us of the cost of those institutions' absence."

The British Empire led a massive globalization effort in the 19th century, when its colonies and dominions all over the globe provided enough trade for the UK to promote industrialization, and technical progress. The UK has left the cities and mechanized agriculture, railways and telegraph poles it built across Africa, Australasia, and North America – many of these nations are still part of the British Commonwealth.

PM May advocated global free trade and globalization that "work for everyone" in her Davos speech. However, she suggested higher business taxes and a greater degree of redistribution of wealth produced by the global world order.

UK Champions Possible Free Trade Deal With India – Boris Johnson
Meanwhile, US efforts to promote globalization, which began in the second half of the 20th century, will probably conclude, as the new administration in the White House seems adamant about promoting domestic growth rather than international trade, which is seen as hardly beneficial for US businesses and citizens at this point. With the UK, the situation is drastically different – the Westminster has a clear understanding the Albion is naturally reliant on certain imports, such as food, and while Brexit will promote domestic manufacturing, boosting the British export potential, the UK needs a greater presence in the overseas markets.

Financial services of Canary Wharf are also export-oriented, and while it is hard for the British financials to compete with Frankfurt and Paris in the single European market, they are eyeing more lucrative opportunities in India, mainland China, Canada, South Africa, and many other nations.

However, doing business would be easier for British enterprises in the Commonwealth nations in the first place, while countries like South Africa and mainland China might turn out harder to negotiate with.

As for US-British cooperation, Donald Trump has expressed his interest in striking a free trade deal with the UK. While the Trans-Pacific Partnership (TPP) and Transatlantic Trade and Investment Partnership (TTIP) are probably both dead due to misgivings about the potential hazards they may pose to the US economy, concluding a deal with the UK is seen as an interesting affair by the Trump team.

"We're gonna work very hard to get it done quickly and done properly. Good for both sides," Trump said recently.

As the UK is putting on its neo-Victorian dress, the European economic integration project will likely intensify eastward, meaning that Russia is becoming an increasingly prominent factor, both politically and economically, on the European continent.