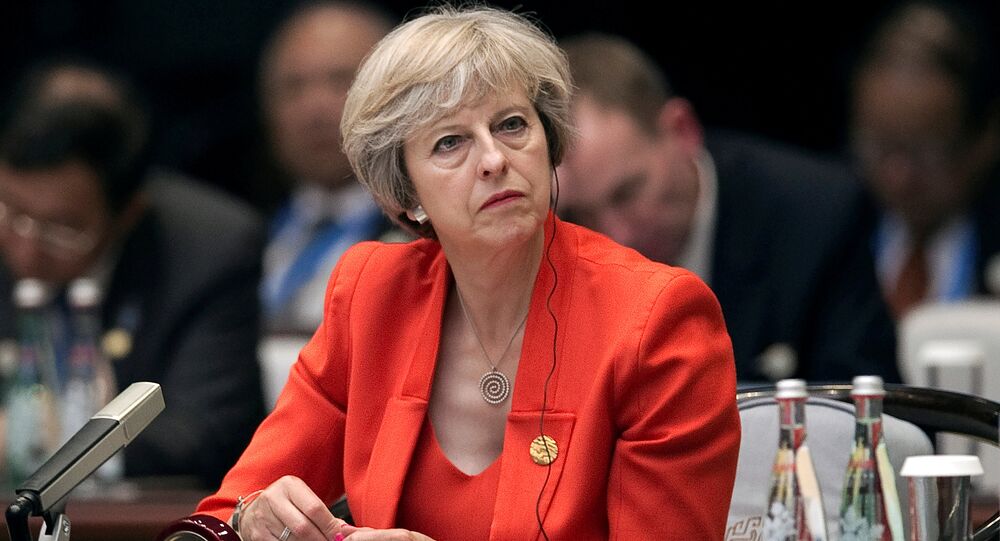 UK Prime Minister Theresa May said that the United Kingdom will begin the procedure of leaving the European Union before the end of March next year.

MOSCOW (Sputnik) — The United Kingdom will begin the procedure of leaving the European Union by the end of March 2017, Prime Minister Theresa May said Sunday.

"We will trigger [Article 50] before the end of March next year," May told BBC broadcaster in an interview.

© REUTERS / Nick Ansell
Brexit is Here, But UK Politicians Still Unclear - Institute for Gov't Report
On June 23, the United Kingdom held a referendum to determine whether or not the country should leave the European Union. According to the final results, 51.9 percent of voters, or 17.4 million people, decided to support Brexit, while about 16.1 million opposed it.

According to Article 50 of the Lisbon Treaty, each EU member state can leave the bloc. In order to start the process of leaving the European Union, a member state must formally inform Brussels about its intention and, then, formally begin negotiations on the matter. The departing member is released from its obligations under EU treaties once a final agreement is reached with Brussels or — if no such deal is struck — two years after notification was first given.