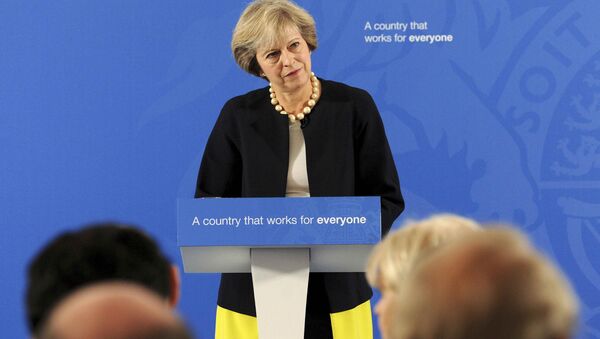 The government told civil servants not to prepare or plan for Brexit, and this week's revelation by Tom Scholar, the most senior civil servant in the Treasury, supports the fact that the British Government failed to make suitable provisions in case of Brexit.

As a result of late planning, Brexit could now cost the government around US$84 million a year and could mean that at least 500 new civil servants would need to be hired. According to experts, there is complete Brexit confusion within  parliamentary walls, which is leading to unnecessary costs and delays.

A report, published by the Institute for Government, titled "Planning for Brexit: Silence Is Not a Strategy," assesses the progress the government has made towards planning for Brexit so far. Their assessment is not a good one, as the report argues now is not a time to be silent about Brexit, which is exactly what Prime Minister Theresa May is doing.

NEW: When planning for #Brexit could cost the Govt up to £65m, our report argues that silence is not a strategy: https://t.co/DFsqwXXc42 pic.twitter.com/Lb7GMrGFJR

The report, has shown that despite the civil servants' quick reaction to Brexit, politicians still do not know what to do. However, the report makes it clear that the goal of the government is to explain how Brexit will affect every sector of the economy and region of the UK.

In addition to this, the Institute for Government have also said that they believe "turf wars" will develop between ministers, as PM May set up three separate departments to deal with Brexit: David Davis was appointed as Brexit minister, Liam Fox was put in charge of international trade and Boris Johnson placed in the Foreign Office. According to the report, all three are having unofficial discussions which are preventing them from getting on with the job in hand.

"In July we argued that Brexit would be best managed by a beefed-up unit in the Cabinet Office, to avoid the distraction and costs of setting up new departments, and to make it clear that the Prime Minister was in charge. Theresa May chose a different path, creating two new departments to deliver Brexit alongside the Foreign Office," the report states.

Dr. Hannah White, program director and co-author of the report, believes all of these "side conversations: will no doubt lead to wasted time and energy and Theresa May must move swiftly to avoid this.

#TheresaMay#BrexitBritain institute for government says " SILENCE IS NOT A STRATEGY" pic.twitter.com/lDMf6RNQaV

This is not the only stumbling block; the report also highlights the government's negotiating position and urges the politicians to bring clarity on Brexit talks.

"Silence is not a strategy. The current situation — where we are left to interpret personal musings of individual ministers — is frustrating those looking for an early exit, perplexing those with whom we have to negotiate and unsettling those looking to do business in the UK," Dr. White said in a recent statement.

"The Prime Minister has sworn she will not give a running commentary on negotiations, but she needs rapidly to clarify how and when the government intends to go about making decisions on Brexit."