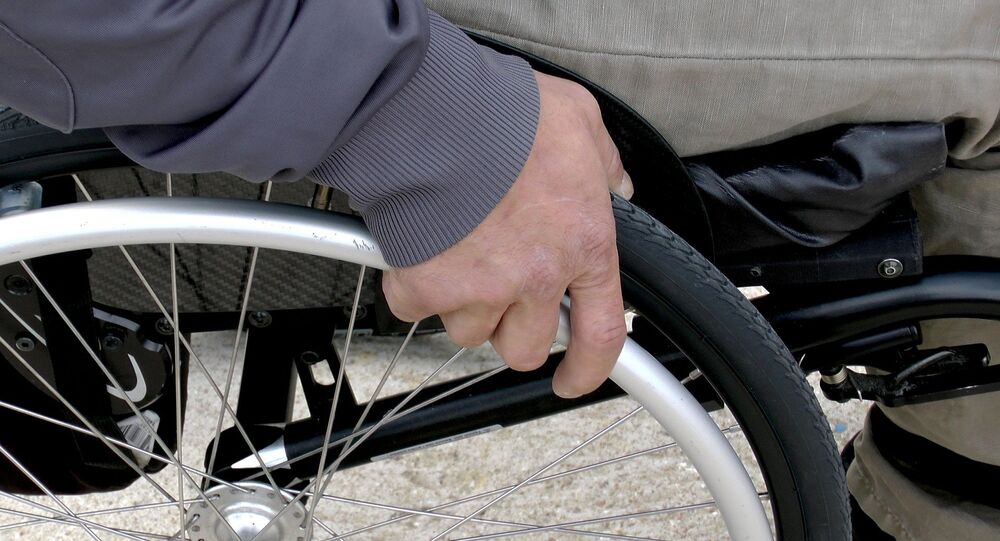 Nordic nations have a universally acclaimed reputation for being honest and upright. The fact that Danish hospitals are losing millions on missing wheelchairs and crutches can thus be attributed to mere forgetfulness.

© Photo : Youtube/ Spies Rejser
Racy Ad Urges Sex-Tired Danes With Kids to 'Do it Forever'
Over the past two years, hospitals across Denmark have lost 2.5 million DKK ($350,000) of missing medical equipment like wheelchairs and crutches loaned to patients, a survey by Danish Radio has revealed.

The situation is particularly adverse in the Capital Region, where local hospitals have lost about 750,000 DKK (over $105,000) this year alone.

Morten Østergaard, senior therapist at Bispebjerg Hospital, emphasized the fact that the vast majority of the equipment is in fact happily returned. However, even though patients return approximately 98.5 percent of the loaned equipment, Bispebjerg Hospital alone is still missing items worth 240,000 DKK ($34,000) this year.

"It's too bad, and it also means that the missing gear cannot be used for other patients who need similar aid," a dismayed Morten Østergaard told Danish Radio.

© Flickr / zoutedrop
Eco-Minded Danes Develop New Grass to Reduce Cow Burps
At present, the established practice has been to send "absent-minded" patients two reminders to deliver the borrowed equipment. So far, the hospital has refrained from sending the cases to debt collection. Still, Morten Østergaard put it extremely clear.

"The things you have borrowed, including from our hospital, should always be handed back," Østergaard told Danish Radio.

Danish healthcare has recently come under severe stress due to austerity measures. Earlier in December, the country's largest medical trade unions voiced a cry for help and requested the government to drop the demand for efficiency improvement as it was too consuming on staff, the Danish tabloid newspaper BT reported.

"Patients are now experiencing the consequences of the demand on employees in healthcare to solve more and more tasks without reward," Andreas Rudkjøbing, president of the Danish Medical Association, said.

According to BT, every year, Danish hospitals are expected to deliver an increased production of two percent. This means that a department that last year performed 100 operations is expected to perform 102 operations for the same budget this year.

According to Lillian Bondo, president of the Association of Midwives, some treatments cannot be rationalized this way, such as deliveries.