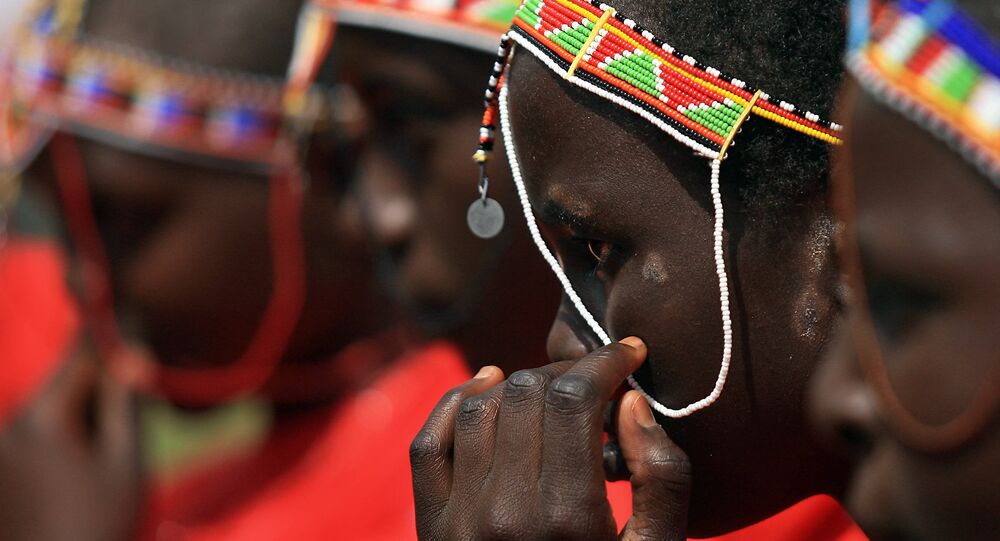 So-called midwives are being flown from Africa to carry out female genital mutilation (FGM) in towns and cities across the UK, a charity warns, despite it being illegal.

The women, who are considered midwives among FGM practising communities, don’t have any proper medical training and are often just tribal elders experienced in carrying out cutting and mutilating young girls' external sex organs.

​"They're not midwives, they just have years of experience carrying out this abuse," Heather Nelson, chief executive of Black Health Initiative charity told Sputnik.

"It's more economically viable to fly one elder in than take out individual girls with an adult to their home countries during the summer holidays. Many practising communities know that the UK border control has triggers in place to alert the authorities if a young girl is being taken abroad during the summer holidays to a destination that has been flagged up for FGM," Ms. Nelson told Sputnik.

​"Many of the traditional communities who carry out FGM in Britain, believe it makes sense to have more young girls cut in the UK all at the same time, rather than send the girls back to their home country."

​Statistics released by NHS England show that larger cities including London, Manchester, Birmingham and Bristol have some of the highest numbers of recorded FGM victims.

More than 8,000 young women and girls have been identified as victims of FGM by NHS England.

But despite a renewed interest in FGM, Heather Nelson believes there's a misconception that just because there is legislation to prevent it, the abuse has stopped.

"Just because FGM has been made illegal, doesn't mean it has gone away," Ms. Nelson told Sputnik.

"There is more openness about the whole FGM agenda within practising communities — but legislation has driven it further underground, so it is important we work with communities — not against them. Behavioral change takes a long time and the tradition of cutting goes back centuries, so it's not just going to go away with legislation."

"Many are not aware it is illegal, but if we work with them, we can give them that information and they can then make an informed choice and it will be easier to prosecute to cases," she said.

Despite the illegality of FGM, the abuse continues to be practised in Britain today, yet no one has ever been prosecuted for carrying it out.

"People have made emergency 999 calls to the police, believing FGM is taking place, or imminently taking place, and it's taken them a long time to explain FGM to the operator," Heather Nelson explains.

"Or you have social workers who won't address the issue for fear of being seen as racist. But this is a safeguarding issue."

"It doesn't matter if you're black, white or a martian. It's about safeguarding a minor, regardless of ethnicity. If every young female child born had their little finger cut off, we would have done something about it by now. What makes doing something about FGM any different?" Heather Nelson asks.

UN International Day for Elimination of Violence Against Women