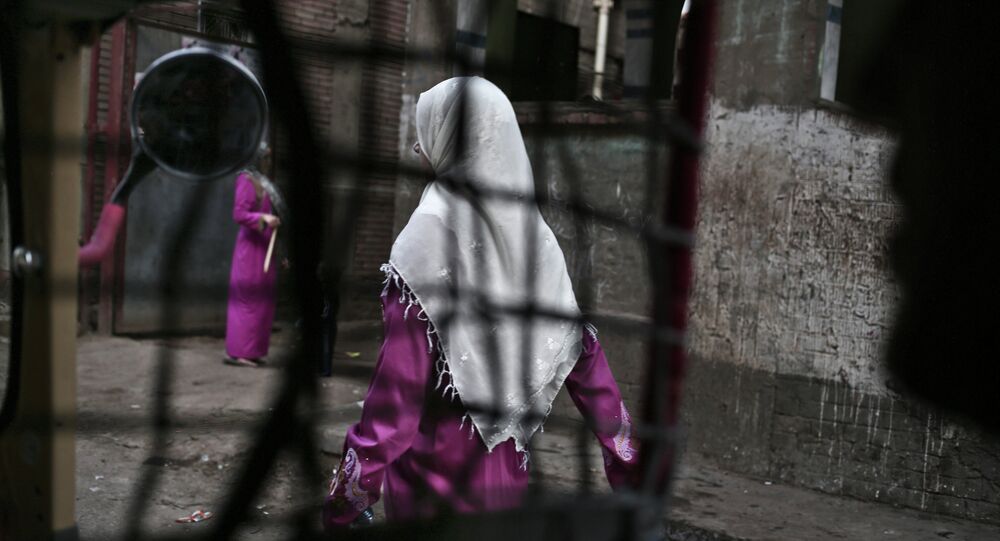 Human Rights Watch urges Egyptian authorities to enforce the law criminalizing female genital mutilation (FGM) and send a clear message to the police, prosecution and the courts to investigate and prosecute those who perform FGM.

A trial over the death of a 13-year-old Egyptian girl in 2013 as a result of a botched FGM operation ended on November 20, 2014, when the charges of homicide by medical negligence were settled out of court. The reason for the acquittal was the acceptance by the judges of the doctor and the father's testimony that the death had resulted because of a purported attempt to relieve abdominal pain in the girl.

"Female genital mutilation is banned in Egypt but the practice continues possibly because there is a lack of investigation, prosecutions, and convictions," said Rothna Begum, a researcher on women's rights in the Middle East and North Africa for HRW, in a news release.

According to HRW, the lack of prosecutions could be attributed to the custom of local officials considering FGM to be a private family matter, and not a crime.

"This case was an important test of Egypt's legislation criminalizing female genital mutilation. It is clearly not enough to just put a law on the statute books; it must be enforced," Begum said.

© Sputnik / Sergej Guneew
UN International Day for Elimination of Violence Against Women
"The authorities must send a clear message to the police, prosecution and the courts on investigating and prosecuting those who perform FGM," the researcher added.

As Begum puts it, Egypt must provide support for women, who have endured FGM, including medical and psychological aid, and there must be official mechanisms in place to monitor the progress of FGM's elimination.

FGM is a circumcision ritual performed on women and girls, proved to have no health benefits, and frequently causing severe bleeding, infections, infertility and death. Despite having been banned by law and an edict of the Grand Mufti of Egypt in 2008, FGM remains a widespread practice in Egypt and many other countries across Africa. A 2008 demographic and health survey of Egypt revealed that 91 percent of all women aged 15-49 had been circumcised.

As stated by the UN Children's Rights and Emergency Relief Organization (UNICEF) in 2013, the practice of FGM remains legal in 27 countries in Africa, as well as in Yemen and Iraqi Kurdistan. The World Health Organization announced in February that 125 million girls and women alive today have been circumcised in Africa and the Middle East.