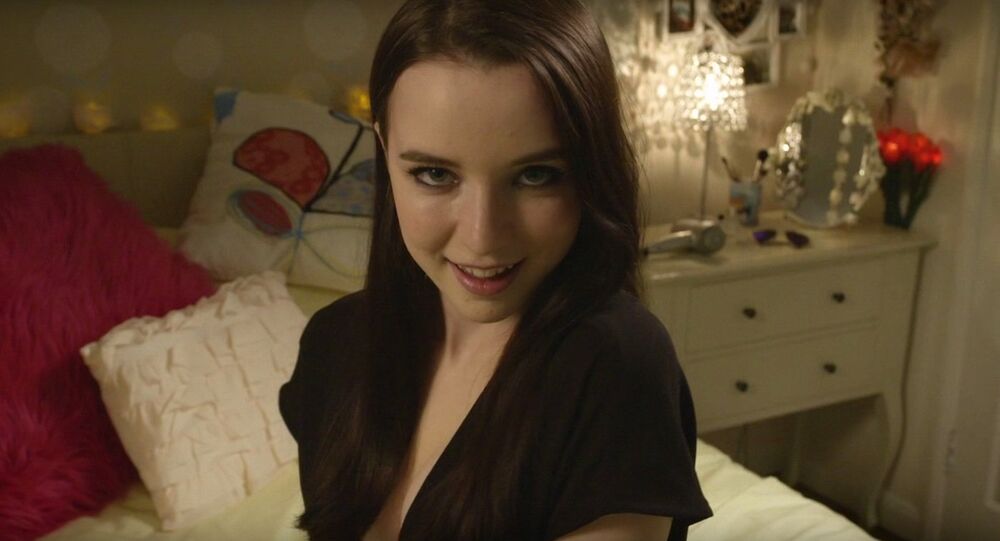 'An Old Crime' With Potential to Ruin Your Life: Sextortion on Rise in Britain

Sextorition has claimed the lives of four men in the UK in the last year after they fell prey to blackmail from criminals, intent on exploiting their money after tricking them into performing sex acts secretly recorded on a webcam.

The UK's National Crime Agency (NCA) and the National Police Chief's Council say the number of so-called sextortion cases where people have reported blackmail by webcam has more than doubled in the past year, from 385 in 2015, to 864 in 2015. In 2011, there were just nine incidents recorded.

"We look after dozens of cases a year but I was surprised to hear there were 864 cases reported to the police, I think it is more likely to be two or three thousand people who are affected by this crime," Yair Cohen, a social media lawyer with Cohen Davis Solicitors told Sputnik.

The criminals learn enough personal information about their victim in order to blackmail them after they have convinced them to carry out a sexual act on themselves online, Mr. Cohen told Sputnik.

"They know their name, address, where they work, details about their family, and then they demand payment. The victims haven't got a lot of time, they feel they have just a matter of minutes — so some pay out and nobody hears about it and the case goes unknown, or sometimes they decide not to pay and contact someone like me," Mr Cohen said.

The National Crime Agency says criminals use fake identities online to persuade their victims to perform sexual acts in front of their webcam, often using an attractive woman to entice the victim. The act is then recorded by the criminals who then threaten to share the images with the victims' friends or family.

To protect yourself, be very careful about who you befriend online and what you share #sextortion https://t.co/PkSXrjJoHF https://t.co/6pSEiH75cq

One teenager admitted being blackmailed for US$500 by a woman who he had been communicating with online, who then threatened to expose him on Facebook. He told her he was going to the bank — but went to the police instead.

"I was trembling throughout the whole thing, shaking and thinking 'what's going to happen?'" the victim told reporters.

"This will ruin my life…if this video is released onto Facebook, what would I do? What's going to happen with my job? What will my friends think? I thought about suicide, it would have been too embarrassing."

The NCA which has produced a video to highlight the seriousness of sextortion has issued advice suggesting that the best approach is not to become a victim the first place, "and be very careful about who you befriend online, especially if you're considering sharing anything intimate with them."

​"It's an old crime," Yair Cohen told Sputnik. "We have traced criminals to Morocco, the Philippines and Eastern Europe. What they have in common is the ease by which they set up bank accounts to extort the money and move on," he said.

If you’re a victim of #sextortion you may feel embarrassed or ashamed. Don’t suffer in silence – help is available https://t.co/XBmC71Iqdi pic.twitter.com/jzjxQCVBKf

​Perpetrators use websites such as Facebook, Skype and Linkedin to persuade their victims to perform sex acts, sextortion has already led to the loss of four lives.