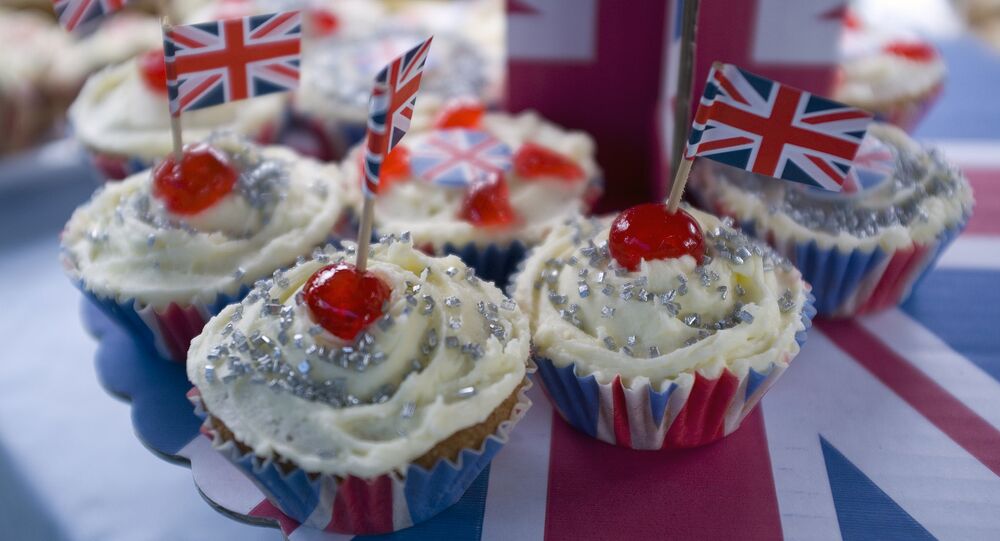 'Have Cake and Eat It': UK Thrown Face First Into Sticky Brexit Bungle

British government officials have been forced to deny that a handwritten document pledging to “have cake and eat it” was an accurate reflection of the government’s Brexit plans, following a series of embarrassing food-related gaffes.

The handwritten note was pictured by photographers while being carried by an aid of Mark Field, vice-chairman of UK's Conservative Party, after a meeting with Brexit officials in London.

The photograph, which was published in UK newspapers on Tuesday, showed the document containing the words: "What's the model? Have cake and eat it."

UK Government #brexit strategy revealed as 'have cake and eat it'. Can really see the EU27 falling for that one.

​It also contained the line: "It's unlikely we'll be offered single market," which many have interpreted as the British government's plans to introduce significant immigration controls as part of a ‘hard Brexit.'

While Prime Minister Theresa May has pledged to trigger Article 50 by the end of March next year, the government has remained tight-lipped over its plans for a divorce deal with the EU, with the fresh cake-gate saga forcing officials to deny that the note reflected government plans and policy.

​​"These individual notes do not belong to a government official or a special adviser," a government spokesman said. "They do not reflect the government's position in relation to Brexit negotiations."

Amid speculation the government may pursue an interim deal with the EU, the note also said the officials were "loath" to bring in "transitional" agreement, suggesting Britain could work towards a "Canada Plus" deal, in reference to the recently CETA trade deal between Canada and the EU.

"We'll have our cake and eat it. But it can't be a fruitcake. Which is one way to describe those behind this policy"
(HT @katie_martin_fx) pic.twitter.com/t9Eu2Zq2j0

​In a hint that the government may be trying to negotiate particular deals with the EU on a sector-by-sector basis, the handwritten note suggested a deal on manufacturing would be "relatively straightforward," while also warning: "French likely to be most difficult".

From Breakfast to Prosecco: The UK's European Appetite

Despite government denials that the note resembled official policy, the photographed document has provided British officials with another embarrassing Brexit-related moment, with food and drink seemingly featuring as a common trend.

​Back at the Conservative Party Conference in October, Welsh Conservative leader Andrew Davies ended up with egg on his face after declaring the government would make "breakfast" a success, before quickly correcting himself with the word he was looking for — "Brexit."

"We will make breakfast — Brexit — a success," he said, to a chorus of laughter.

Speech done at #CPC16…now off to sort out breakfast!

​Not to be outdone, the UK's gaffe-prone Foreign Minister Boris Johnson drew the ire of EU counterparts recently after suggesting that Italy would need to offer Britain tariff-free trade to continue selling prosecco in the UK.

Italian Foreign Minister Carlo Calenda hit back at Johnson over the prosecco row, slamming the arrogance of the UK's position.

Though we be a part of the continent of Europe, it is clear that Europeans don't share our sense of humour.#BorisJohnson #Prosecco

​"He basically said: 'I don't want free movement of people but I want the single market'," Calenda told Bloomberg.