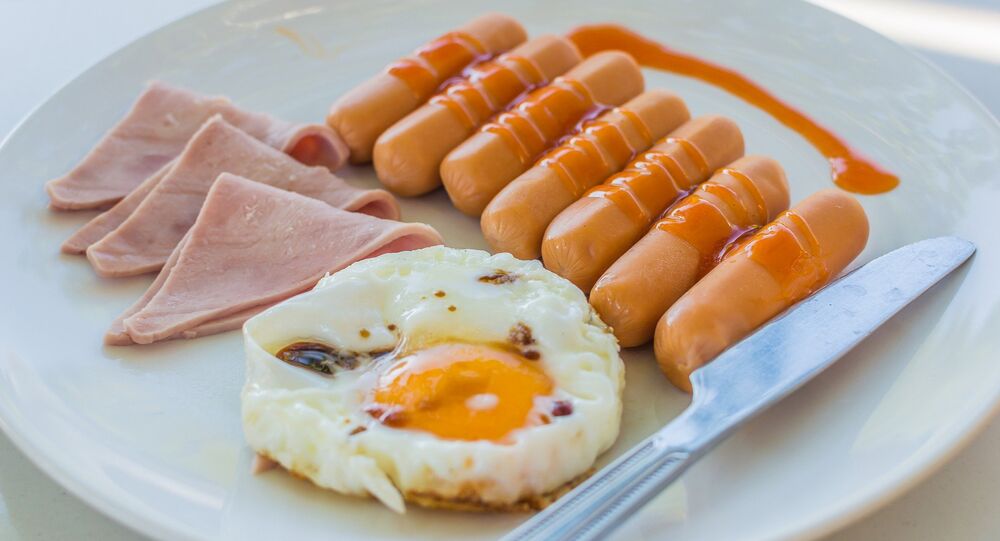 We know that Brexit means Brexit. But does Brexit really mean "Breakfast"? Well, according to one leading UK Tory politician, it does.

Welsh Conservatives leader Andrew R.T. Davies ended up with egg on his face after getting mixed up when addressing the Tory party conference from the stage.

"We will make breakfast — Brexit! — a success," he declared, causing laughter among the delegates.

The gaffe also led to hilarity on social media with Davies facing ridicule for the error.

The leader of the Welsh Tories just made an absolute fool of himself by saying breakfast instead of brexit at the crescendo of his speech.

@paulwaugh What a dog’s Brexit he made of it.

"Mark my words, we will make breakfast"

Definitely would've voted for that that in June.
Happy days 🍭#Brexit #toryconference https://t.co/0anZOTJ7Uq

Mr. Davies was quick to blame technical difficulties for the error, saying: "I'll have a word with the autocue at the back."

At another part in his speech Davies oddly compared the vote for Brexit with nurturing a lamb.

"As a lifelong farmer, I know well that hope can often be a lonely and uncertain business," he declared.

"Lambs, like ideas, are delicate things. Without nurture and belief to support their being, they may never take their first breath."

Whether his skills rearing lambs will be called upon in the Brexit negotiations remains to be seen. But perhaps he's not the only one to get mixed up between Brexit and "Breakfast."

However when it comes to Brexit, it's still uncertain what exactly will be on the menu.