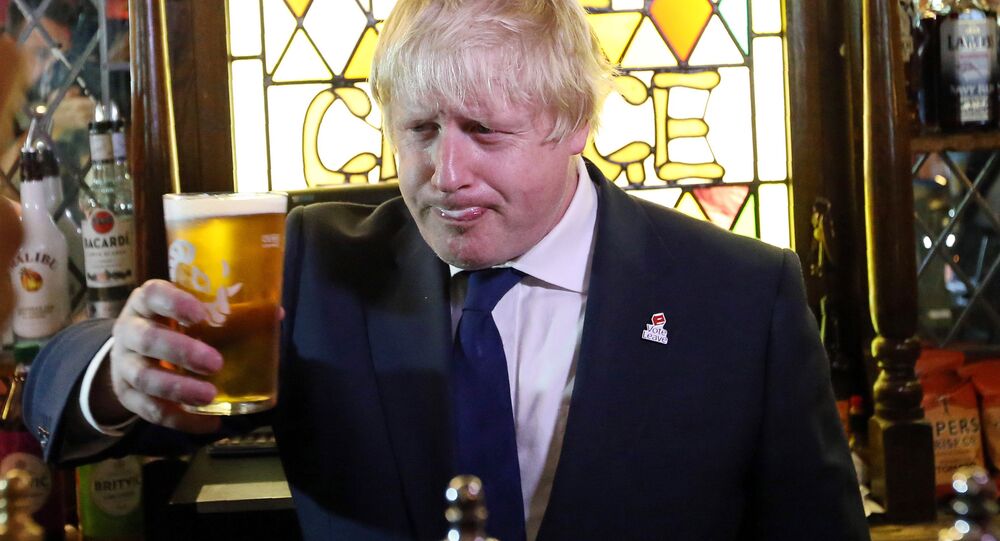 British Foreign Secretary Boris Johnson has called on Europe to not try and penalise the UK economically, for it's decision to exit the EU.

In a bilateral meeting in Florence, Italy on Thursday 15 September, Boris Johnson set out his case to his Italian counterpart, Paolo Gentiloni, that the UK remains open to business with Europe.

Looking out over beautiful #Florence from the Palazzo Vecchio ahead of my bilateral w/ counterpart @PaoloGentiloni pic.twitter.com/TW09dZRWWM

​"London's financial services sector is a massive asset for the whole of the EU. It's a great benefit to the Italian economy as well as the UK economy."

"I don't think anybody would want to see any detriment to that industry (London's financial services) here in Italy any more than we in Britain."

Mr. Johnson added that he thinks many Europeans agree that the UK is still an important part of Europe:

"I think that there is every reason to be optimistic about these talks."

In typical flamboyant style, Johnson told Gentiloni that Britons drank about 300 million liters of Italian prosecco a year, as part of his attempt to persuade EU leaders to not shut the UK out of trade deals.

Clocking off (which is hard to do when you're freelance). It's now OPT — Official Prosecco Time pic.twitter.com/zQxSDDgxJ4

​Boris Johnson is one of British Prime Minister Theresa May's most senior cabinet members. He's known to be desperate for the UK to maintain access to the EU's single market — a customs union that allows the tariff-free exchange of goods and services across the EU.

Many of his colleagues disagree with him, that for the UK to fully gain independence from the EU, all trade deals must be renegotiated in a totally new UK-EU relationship.

Theresa May has still given no indication on where she stands on this crucial economic issue. In the meantime, her Foreign Secretary seems keen to power ahead with telling EU leaders that the UK remains open to a close trade relationship.

That's despite public opposition from EU Commission President Jean-Claude Juncker, who this week re-stated his insistence that the UK can not expect to have access to the single market without accepting the provision of freedom of movement across the EU.

Boris Johnson is currently in Bratislava, Slovenia, were he is expected to continue to push the message that the UK can somehow extricate itself from EU political control, while still maintaining close economic ties.