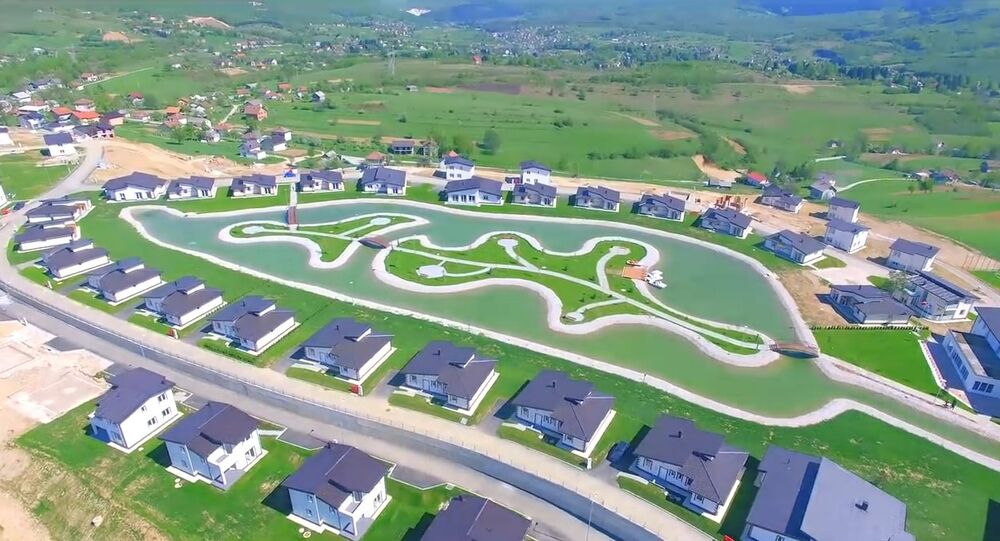 Resort Osenik is the first Arab settlement to appear in Bosnia and Herzegovina. Every house in this new development is owned by Arabs. During the summer season, Bosnians and Serbs are not even admitted, according to the Bosnian portal biznisinfo.

Bosnia's first "closed" village is fenced off with a high wall and guarded by private security services. It is located in the municipality of Hadžići near Sarajevo. There are about 160 homes and an artificial pond currently built in this peculiar settlement.

Local residents are denied entry here in the summer time; the exception is those who work as domestic servants. According to the source, the owners of the houses are Arabs, and they do not want to interfere with the local population. They have their own customs of behavior, dressing, praying, so they would like to stay out of the public gaze.

© AP Photo / Matt Rourke
That Awkward Moment: Muslims Mistake Synagogue for Mosque in Israeli Airport (VIDEO)
The village is ideal for the Arabs, as it feels "like home". The only thing that surprises them is the huge amount of greenery around.

Interestingly, the houses were sold for 150,000-160,000 euros, but they were not put on sale on the local market. Instead, the properties were sold via TV ads in Kuwait, where the owner of the village comes from.

The construction project was developed in 2013, and the village was opened in October 2015; however, all the details remained unknown until the last few days.