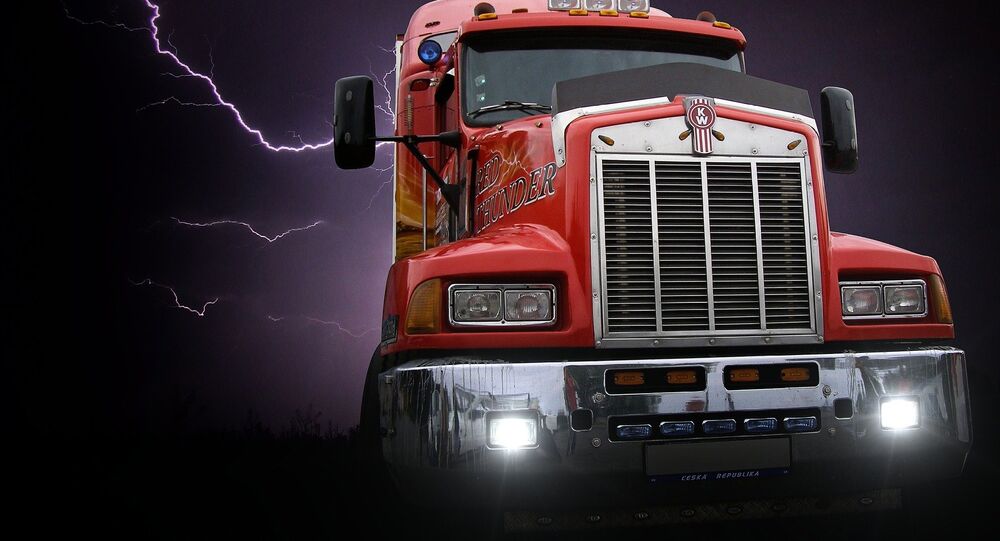 Tower Bridge is closed to cars and lorries in London, unless you're Optimus Prime.

If you're Optimus Prime, you can still use it. #TowerBridgeClosure #Transformershttps://t.co/r43JDsqBnO

​As usual, the prospect of any deviation, closure or change to a Londoner's daily commute is met with contempt.

I think the closure of #TowerBridge could be the straw that breaks the camels back! This could potentially ruin TFL.

​Tower Bridge, is no exception. Headlines screamed "commuter chaos" as it was announced the bridge would to close to all traffic until the New Year. Unless, of course you drive a robot.

Tower bridge closed for 3 months for maintenance or the filming of the new Transformers movie!🤔 pic.twitter.com/ruRtdq7RY2

​According to the City of London Corporation, the 122 year old Victorian bridge was in urgent need of repairs with decking to be replaced and the bricks and archers to be waterproofed, making the bridge impassable, unless you own a Transformer.

Up early with @DomFoolery90 stumbled upon the filming of Transformers on Tower Bridge! #transformers #bumblebee #autobot pic.twitter.com/6VPzpTaLuz

​Almost 21,000 cars, lorries, motorbikes and cyclists use it every day, which has apparently taken its toll on the bridge which hasn't been refurbished since the 1970s.

So just to clarify, the bridge will be closed to all vehicles until December — unless, of course you own a super car.

Reminder: #TowerBridge is shut both ways until Dec for refurbishment. N/B traffic diverted via London Bridge and S/B via Southwark Bridge.

​Many Londoners are furious that London transport bosses allowed the new Transformers movie to be filmed on Tower Bridge the day after it was closed to all traffic.

@Danoogie @se1 surely they can do it on cgi instd of causing chaos for millions! 1&2 good — rest of these transformer movies they all shit!

​High-performance cars were spotted on the Victorian landmark speeding up and down the bridge that had been closed to everyone else for repairs and resurfacing work.

The new Transformers film crew have already been spotted capturing London's famous landmarks at Trafalgar Square and on Westminster Bridge.

However, the decision to allow them onto Tower Bridge was down to the City of London Corporation, which told newspaper The Standard "…filming has no impact on the schedule of work planned for the Tower Bridge closure."

"The filming is taking advantage of the traffic closure in place as preparatory works take place on the north side of the bridge."

Blockbuster or no blockbuster, it seems London commuters can't stand being told what to do — especially by robots in disguise.

REMINDER: #TowerBridge will be closed to all road traffic from tomorrow until 30 December for maintenance works. https://t.co/kT2G5Q7AeW pic.twitter.com/rnVcnv8m7V

Tower Bridge is raised to allow Olympic Rings to pass underneath