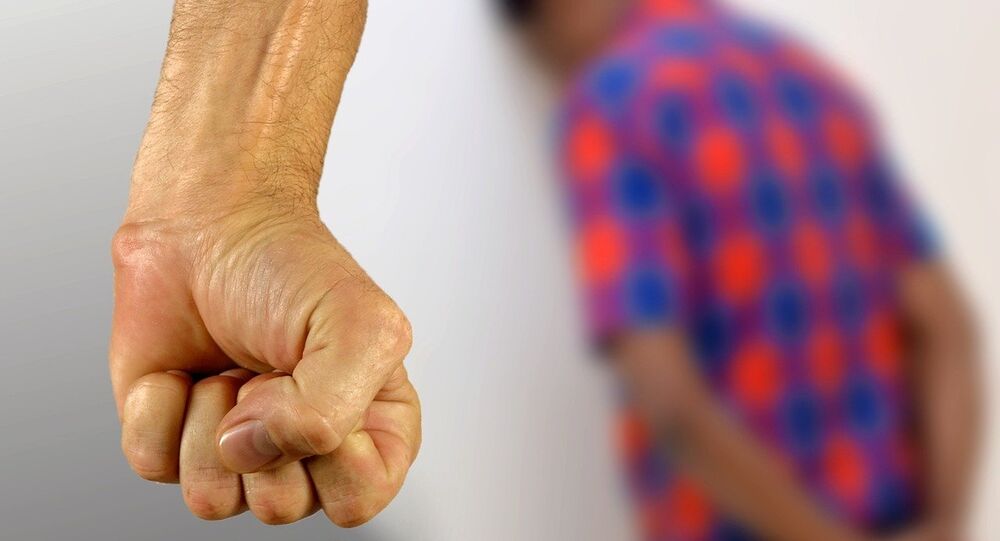 Whereas sexual violence against women has been acknowledged as one of the foremost social problems affecting many parts of the world, male rape has yet to be addressed by either researchers or the police. Swedish scientists at Umeå University believe male rape should be taken more seriously.

© AFP 2021 / LOUISA GOULIAMAKI
Forever Young: Sweden Tussles With 'Refugee Children' in Their Thirties
According to senior research assistant Jens Lindberg and senior lecturer Stefan Sjöström (both from the University of Umeå's department of social work), male rape poses a huge problem that remains largely undocumented, as the majority of cases are never reported to the police. Controversially, the scientists claim that the phenomenon isn't limited to male-on-male rape.

In 2015, police in Sweden recorded 141 men aged 18 and over as having been raped, compared to 3,333 recorded female rape victims. However, the real figures are estimated to be much higher. The Swedish National Council for Crime Prevention (Brå) believes that only 10-20 percent of all rapes are represented in police statistics. An ensuing problem is that only a fraction of all cases actually make it to court. Furthermore, research on male rape is very limited in Sweden, there have only been a few isolated studies published, Lindberg and Sjöström pointed out.

Historically, male rape has been associated with homosexuality, pedophilia, or overwhelmingly male institutional environments such as prisons and the army. Heterosexual adult men have rarely been considered potential rape victims, which is a stereotypical misconception, the Swedish scientists pointed out in their debate article, which was published by Swedish national broadcaster SVT.

© Flickr / Alyssa L. Miller
Sweden's Mollycoddling of Rapists Blamed for Surge of Sex Attacks
According to the traditional gender roles and concepts of masculinity and femininity, men are expected to be strong and able to protect themselves. This preconception makes male rape victims feel ashamed of the abuse which they have suffered and afraid of the potential social stigma, Jens Lindberg and Stefan Sjöström wrote.

Men were recognized as possible victims of rape only in 1984 in Sweden. Today, the misapprehension that "men cannot be raped" is still common, which is why many social institutions in welfare and justice are not necessarily sufficiently prepared to offer help male rape victims, Lindberg and Sjöström pointed out. According to them, many Swedish hospitals have no developed procedures to treat male rape victims, which may hamper the police's investigative abilities. At present, only 13 percent of all rape cases are solved.

In conclusion, Lindberg and Sjöström urged the public to take male rape more seriously and the competent bodies to develop well-thought-out approaches as to how to treat male rape victims and punish perpetrators. Last fall, Sweden opened its first emergency room for male rape victims in Stockholm.

© Flickr / Djurens Rätt
Molesting Migrant Killjoys Spoil the Fun at Swedish Summertime Festivals
Earlier this year, a number of sexual assaults against underage boys at Swedish accommodation centers gained media attention. Most often, the perpetrators were their fellow asylum-seekers, however, Lindberg and Sjöström drew attention to a case where a female boss at a refugee center allegedly sexually assaulted two boys in their upper teens. The incident, which was highlighted by Swedish Radio, was perceived as unusual due to the offender being a female.

The very issue of sexual violence against women and men alike is an extremely tender issue in Sweden right now, where a clandestine rape epidemic seems to be raging amid the ongoing migrant crisis. Despite vehement denials from Sweden's law enforcement agencies, the number of sexual assault cases has been rising in lockstep with the number of arriving migrants.