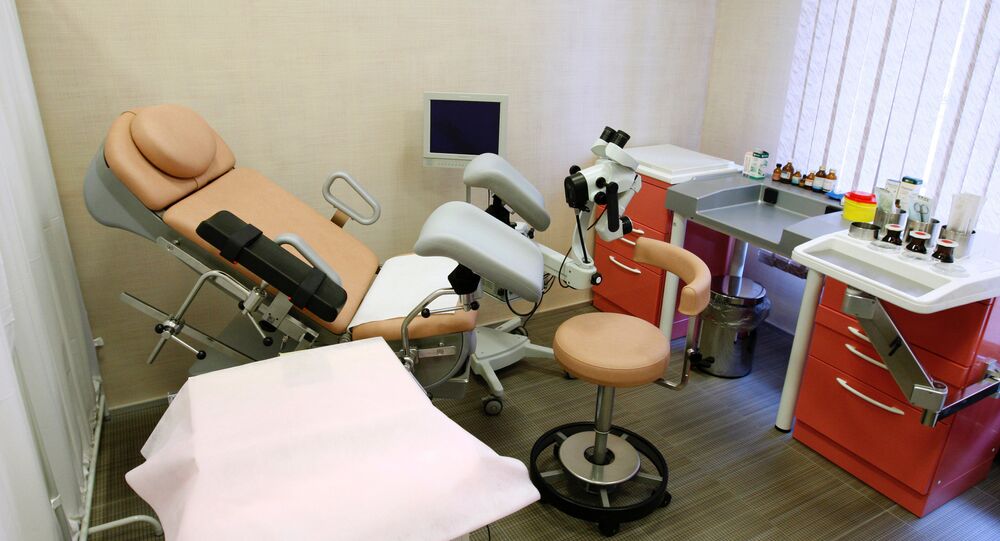 The Nordic countries, which pride themselves in striving for gender equality, have seen their seemingly impeccable women's rights record deflowered, as evidenced by the rising number of requests that doctors perform virginity tests on teenage girls against their will.

According to Norwegian columnist Isra Zariat from radio program Ytring (Opinion), the same misogynist practice is commonplace even in Norway, despite moral condemnation. Citing numerous online cries for help from underage girls, Zariat maintained it was not difficult to convince, threaten or coerce a child to go to the doctor and have the denigrating check performed.

"Imagine you are a twelve-year-old girl. You love dancing, karate and basketball. You move like Michael Jackson, you train like Bruce Lee and you fly like Michael "Air" Jordan. But your dad would not allow you, for he has heard that one can break the hymen during physical activity. He is terrified that you will be missing it when you get married, because it may mean the end of everything," Zariat wrote in her opinion piece for Norwegian national broadcaster NRK.

© Sputnik / Vladimir Rodionov
Private Life: Norway Targets Forced Marriages Amid 'Peak Season'
Zariat contacted a local doctor's office — only to learn of a couple who recently demanded a virginity check on their daughter. Demoralized, she contacted Patient Ombudsman, who went on to ensure her that underage girls have rights, but refused to make a clear statement if virginity checks were allowed or not. The lawyer she was later referred to said that children under 16 years were still considered babiesin health issues, according to the legislation, which is why many doctors comply with parents' wishes despite the child's protests.

Remarkably, not a single source Zariat contacted, including county medical lawyers and even the Health Directorate, could answer the simple question of whether or not virginity checks were allowed, although some conceded that this interference should be seen in the same light as female genital mutilation.

In some countries, the government itself has the right to control girls' sexuality. In 2011, The Telegraph reported that Asian women were being forced to undergo virginity checks at Heathrow in order to "check their marital status" in 1970s. Today, Iraqi courts perform a compulsory check on women who are suspected of not being virgins on the wedding nights, NRK reported. The aftermath may prove deadly.

"Small girls are not even allowed to cycle because it can rupture the hymen, and in some minority environments, the wafer-thin elastic skin fold constitutes a matter of life and death," Zariat wrote, referring to so-called "honor crimes" when women are killed for suspected infidelity.

© AFP 2021 / VALERY HACHE
New Sexual Revolution in Norway: Oslo May Decriminalize Brothels, Again
Zariat maintained that girls actually risk being killed when parents are unhappy with the results, even in Norway. Additionally, some young girls try to commit suicide after virginity checks are carried out by force.

According to Human Rights Watch, forced virginity checks have no scientific basis, as the hymen may rupture regardless of whether or not the women have sex; many women retain their hymen even after childbirth.