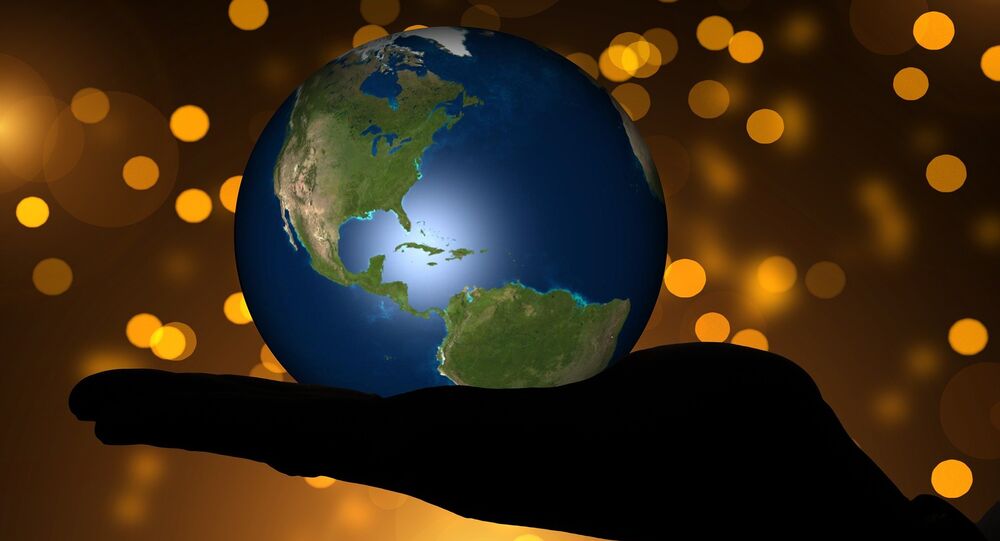 Ancient Rocks Hold Key to Earth's Past and Future

Scientists are a step closer to understanding why the Earth took so long to recover from the greatest mass extinction of all time, 252 million years ago, and what could happen in the future.

"The number of species becoming extinct is happening at an alarming rate," Professor Wood said.

© Sputnik / Alexander Liskin
Arctic Sea Ice Disappearing - Drops to New Record Low in June
"It's due to a whole series of interlocking and synergistic effects. A rise in sea water temperatures and global warming, plus the sea is starting to go acidic, and the next whammy is that oxygen levels are decreasing."

Wood suggests that the insight into the past offers up a pretty grim prediction of what the future holds for planet Earth.

"These effects, plus overfishing and tourism means their sum is greater than its parts… as such, this mass extinction 252 million years ago is a pretty good analogue of what might be happening today that is going some way in creating something quite catastrophic."

The Permian-Triassic Boundary extinction wiped out more than 90 percent of marine life with the Earth's oceans starved of oxygen — a condition known as anoxia. A team of scientists, led by the University of Edinburgh, analyzed rocks discovered in Oman that were formed in an ancient ocean around the time of the extinction.

Data extracted from six shallow water sites and deeper ocean regions reveals that even though the water lacked oxygen, it was rich in iron, suggesting the lack of oxygen coupled with high iron levels delayed the recovery of marine life following the mass extinction.

"This study shows that when oxygen was available, sea life went furious, but it was sniffed out by anoxic waters, which is why it took so long," Professor Wood told Sputnik.

However, researchers remain unclear over the precise cause of the long recovery period — but suggest that the low oxygen levels in the water could be caused by the runoff from eroded rocks due to high global temperatures.

And aside from predicting a rather gloomy future for the planet, Professor Wood thinks that people need to "shift safely and rapidly from a hydrocarbon economy to a sustainable economy."

"I think we need to invest more in next-generation renewable technologies to shift away from greenhouse gasses to more sustainable methods. That, I think is the only way forwards," Professor Wood added.

The findings have been published in journal, Nature Communications.