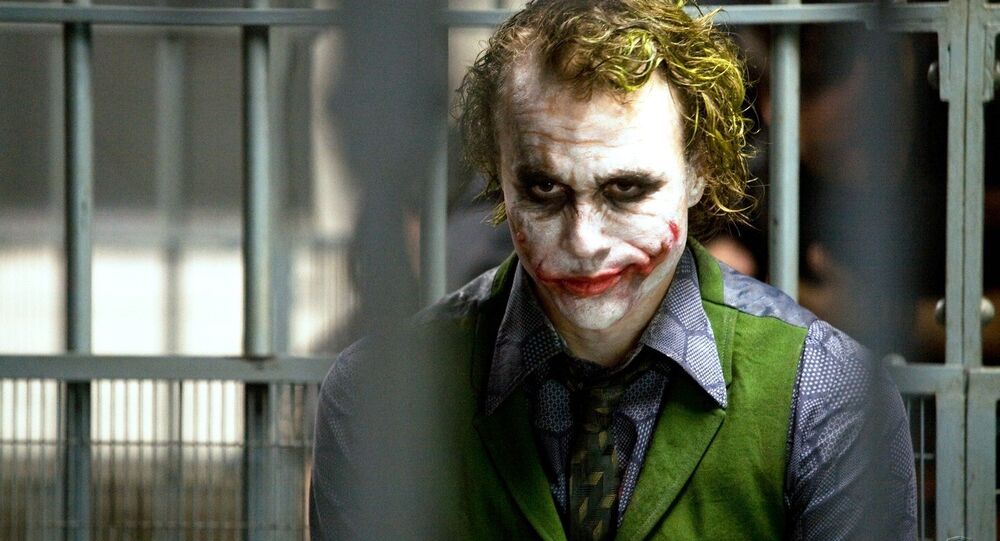 Comic strips started life as a bit of a joke - something to lighten the tone in hard-hitting newspapers reporting world events - and during the golden age, comic books were full of super-powered heroes that were highly moral role models.

But as these children grew older, the subject matter became darker and more complex. Comic book characters became more conflicted whilst the universes they inhabited may well have been fantastical — but they were also flawed.

​Comic books matured into "graphic novels," but like many anti-heroes, they're still unable to escape their past. And whilst they may have produced some of the greatest writers and artists of post-modernism, they are often dismissed as child's play and not worthy of serious academic investigation.

However, a group of academics and researchers are set to right this wrong with the establishment of a new network at Oxford University. These fellows will be studying comic books and graphic novels, questioning why the form is still not taken seriously — and why their influence on society is still underestimated.

“To paint comic books as childish and illiterate is lazy. A lot of comic books are very literate — unlike most films.”
Alan Moore

"Firstly, comics are predominantly made up of images, which need to be analyzed as art or visuals. Scholars also need to have skills to deconstruct text, as comics have a strong narrative and sequential element to them. So they tend to fall into the gaps between traditional disciplinary departments."

.@HanishaOnTV was joined on the sofa by Dominic Davies to discuss Comics and Graphic Novels https://t.co/tZcr2zXHiN

"Secondly, comics are often thought of as a low cultural form, and not really as having much of a literary quality to them.

"Whilst literary greats and canonized figures like Dickens and Conrad are deemed worthy of academic study, comics have been overlooked," Dr Davies said.

However, Davies doesn't solely blame some academics for overlooking comics and their influence on culture and society; he suggests that the very nature of comics and graphic novels mean they inhabit an underground scene — and often choose to remain there.

"Comics also derive from a subversive, anti-establishment tradition, so there is perhaps some resistance from comic artists to being assimilated into mainstream culture and being recognized by the world of academia," Dr Davies told Sputnik.

​The new research network on comics and graphic novels has been set up by The Oxford Centre for Research in the Humanities (TORCH). Comics and Graphic Novels: The Politics of Form network, will examine why comics are not deemed "academic" and whether traditional approaches to literature can be applied to comics.

"There has definitely been a notable increase in the study of comics and graphic novels in a more academic context in the last five years or so," Dr Davies said.

"But it's important to acknowledge the ongoing work in the US and France, and of course critics in the UK, who have been writing about comics and graphic novels for a long time already.

"Writers such as Alan Moore have received critical attention for some time now — but this does tend to remain within research articles and monographs that don't filter down to undergraduate syllabuses. It's often the side interest of scholars working in departments such as media studies or English literature."

Dr Davies is also keen to point out that comic books often don't just base themselves in alternate universes, Marvel, DC or otherwise.

Comics, teaching people how to get along since before i was born…#Marvel pic.twitter.com/RO85QTytHn

"Comics, as a form are incredibly versatile and allow us to think and perceive in new ways. They're valuable as cultural artifacts that need to be studied. They engage with historical issues, including the Holocaust and Palestine, the Green revolution in Iran and so on, and global issues."

Davies argues that comics are "accessible to everyone; they reach a wide readership whilst actually dealing with complicated, big topics, bringing real nuances and balanced arguments to them."

THURSDAY! Our cofounder Sam Arthur will be in London talking about writing for comics &graphic novels! Check it out! https://t.co/S6u6mpTN0Y

"Perhaps the fact that an institution like Oxford is taking comics seriously as this stage will help comics gain wider verification as a form worthy of study," Dr Davies told Sputnik.

The seminar will run every two weeks throughout term time, with comments circulated ahead of the lectures and seminars. The Network stress that they require their students to "start reading some comics as well as simply talking and hearing about them."