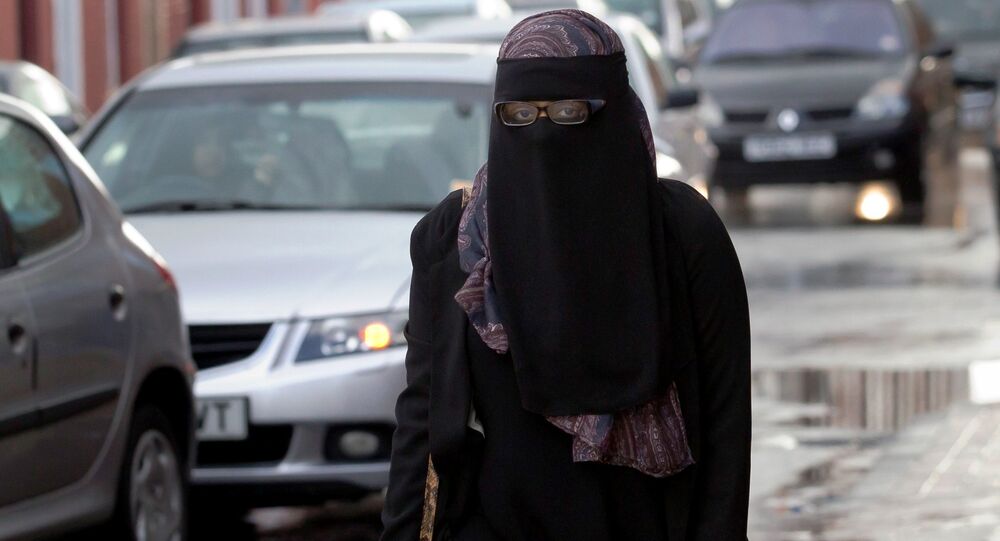 The rise of radical Islamism throughout Europe has left no exceptions. Notoriously tolerant Sweden has found itself on the receiving end of multiculturalism, with religious extremism steadily gaining ground. Recently, a small town in southern Sweden was shocked by extremist stickers advocating violence toward non-Muslim women.

Following the unhindered influx of migrants, which was heavily advertised by media and the majority of the political establishment, Sweden has seen an equally unhindered wave of sexual attacks. To add insult to injury, blatantly non-PC stickers advocating violence against women were spotted in the town of Nybro in Sweden's southern province of Småland, the local news outlet 24Nybro reported.

"Women who do not wear the veil are asking to be raped," one of the stickers said in English. Another one had "No democracy. We just want Islam" written over an image of radical Islamists.

​Images of the stickers have set the Swedish social media alight with debate. Some blamed the incident on the newly arrived extremists spreading radical messages to recruit possible companion-in-arms, whereas others suspect the stickers to have been pasted by "hate-mongers."

The incident was reported to the police, who have not yet identified the culprit.

'NO DEMOCRACY! We Want Just Islam.' We hear that in the Middle-East, but not at home. Wrong! Try Dearborn, MI. pic.twitter.com/rI0ygJzC

© Flickr / Jari Tammisto
Sweden Slaps Gropers on the Wrist With 'Girls-Only' Zones
​Earlier, the police admitted to being virtually helpless in as many as 65 blighted ghetto areas, commonly referred to as "no-go zones." These are regarded as a hotbed of crime and Islamism and have been recognized as chief "suppliers" of terrorists for the numerous conflicts in the Middle East. According to Swedish Security Police SÄPO, at least 300 Swedish nationals have left the country to join Daesh alone.

The problem of harassment and sexual violence against women has also been a tender spot for traditionally feminist Sweden. Swedish public baths continue to be afflicted by obnoxious groping incidents, despite efforts from female vigilantes. Most recently, Swedish summer festivals were plagued by a wave of sexual assaults, notwithstanding efforts by the Swedish police, who are considering establishing women-only zones as the only viable solution against violence. Whereas Swedish newspapers are jam-packed with reports of assault and rape, it is considered correct to conceal the identity of the perpetrators, by portraying them simply as Swedes.