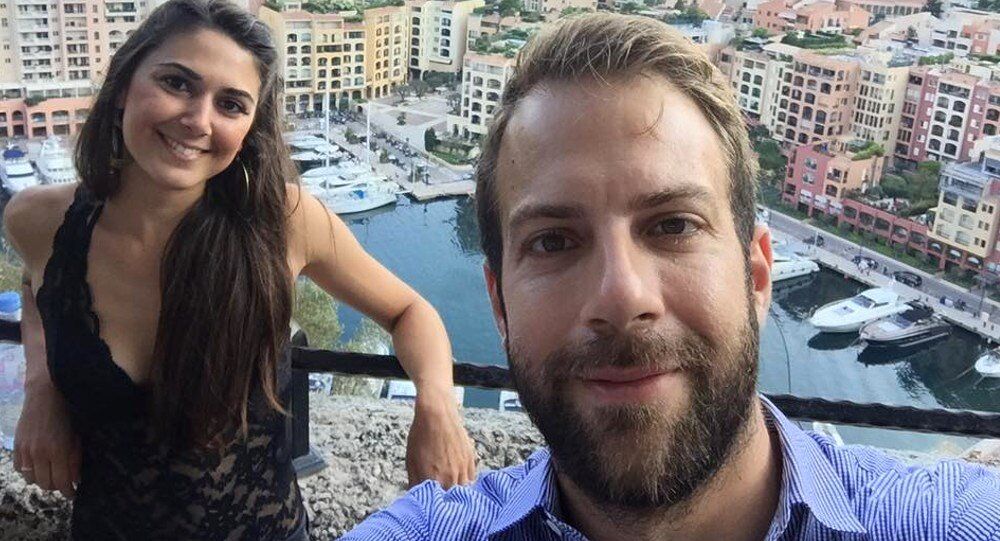 At least 84 people have died and hundreds of people remain in hospital after a terrorist drove a truck through hordes of people celebrating Bastille Day in Nice, France on Thursday, leaving nothing but death, terror and panic in his wake.

Newlyweds Vangelis Antonakos and Amalia Kolovou were in Nice on the last night of their honeymoon and only just escaped being caught up in the attack.

"We're in shock. We were in the exact spot where the attack took place five minutes before it happened. It could have been us," Vangelis Antonakos told Sputnik.

Mohamed Lahouaiej Bouhlel, reportedly of Tunisian origin, has been named as the potential perpetrator of the deadly attack in Nice.

Tragic paradox that the subject of #NiceAttack was the people celebrating liberty, equality and fraternity

​Antonakos and his wife decided to leave the fireworks show shortly after it finished. It was only when they reached a restaurant to celebrate the last night of their honeymoon in Nice that they realized "something bad had happened."

"After the fireworks show finished, people started leaving the beach — and that's when we left the beach too and went to a restaurant about 50 meters away from the Promenade."

"As we waited for a table in the restaurant we saw people running panic stricken along the street. Diners started getting up and throwing their tables down on the floor and falling over each other," Antonakos told Sputnik.

© REUTERS / Eric Gaillard
French police forces and forensic officers stand next to a truck July 15, 2016 that ran into a crowd celebrating the Bastille Day national holiday on the Promenade des Anglais in Nice, France, July 14

"Everyone was running inside and screaming and stepping over each other and trying to find basements and toilets to hide in."

"That's when we realized that something bad had happened just five minutes after we had left the spot. People were just running and screaming and panicking for about 30 or 40 minutes and that when the police started to evacuate the Promenade des Anglais."

Antonakos tried to find out more information on his smartphone — but at that point, he said there was no news.

I am shocked and saddened by the horrifying attack in Nice last night. Our hearts go out to the French people: https://t.co/xd0arcO72R

​"All we saw were people running and panicking and the police closing down the streets so we hid ourselves."

"After about five or ten minutes when things calmed down a little, we went outside and then there was a second wave of panic with little kids crying in the street — maybe they had lost their mothers? So we stayed hidden for another ten minutes and the restaurant locked its doors and it wasn't for another half an hour that we could go out and leave in the opposite direction from the incident."

The newlyweds then made their way to the Old Town, a couple of kilometers away from the Promenade — but were stopped by police who were evacuating the whole of the Old Town.

"So we went home, closed the doors and stayed inside. We're still inside now, we're in shock."

Reflecting somberly on the previous evening's events and feeling lucky to be alive, Antonakos told Sputnik that France is no longer a country he wants to visit.

"France will be destination that I will have second thoughts returning to. I mean, it's not the first time something has happened is it? France is a no-go for me from now on."

Devastated by this unspeakable attack on #Nice. London is united with you in our grief, and in our determination to defeat terrorism.

​Antonakos admits he is one of the lucky ones, meanwhile 18 people are still fighting for their lives in intensive care in hospital amid fears the death toll from this latest terror attack in France will rise.