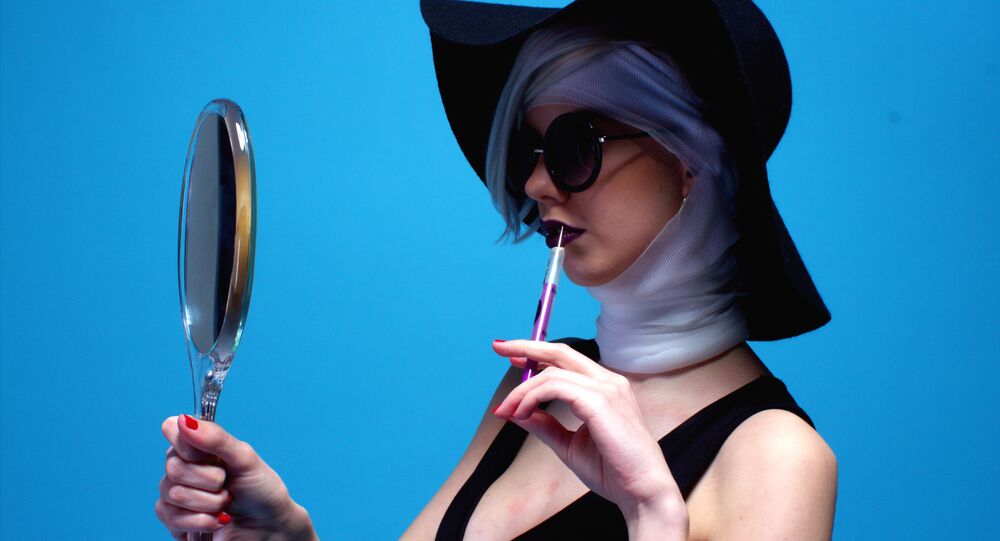 Social media has become a huge part of our lives; we use Instagram, Facebook and other social networking tools to communicate, and show people pictures as well as videos about the things we get up to. However, the online world does have a sinister side to it, leaving many users feeling ashamed of their body.

Research suggests that too much time spent on Facebook can cause women to dislike their appearance, and can contribute to feelings of loneliness and depression.

One artist from Birmingham, Jade Johnson was so inspired by social media and the way in which it impacts people's perception of themselves that she decided to do an exhibition. Johnson is in her third year at Birmingham City University and became challenged by the impact that social media sites such as Instagram have on body image.

"After my second year of university, I was quite lost. I didn't know what to be, felt like people were trying to change me and I was changing myself to please others. I told my best friend that my profile had been created on Instagram; I never put my work on it as people just wanted to see a character and a glamorous profile, when really I am quite insecure and geeky, but no one would know that until they met me," Ms Johnson told Sputnik.

So, Jade developed a lookbook and took photographs of herself in a campaign to fight against the pressures women are under to conform to plastic surgery and dieting. The project has had a huge response.

"I created a look book of photographs and posted them on Instagram. People loved it and we had lots of messages from girls who said they feel really good about themselves," Jade Johnson told Sputnik.

However, Jade recognizes that social media can be a great platform for enabling someone to promote their business, but the pitfalls are that it sometimes makes you think things are real, when in fact many of the people look the way do because of plastic surgery.

"Don't try to fix what is not broken" Surgery is something that needs to be researched and thought about don't just do it for the sake of a trend,think about it trends end but surgeries are forever #think #socialmedia #trend #surgery #bodyimage

"These profiles are unrealistic, as I can be whoever I want to be… You can see the most glamorous person on social media, but there's a lot of pressure on them to look that way," Johnson told Sputnik.

Since the exhibition was launched Jade has seen some changes in her artistry as well as in herself, as a person.

"Before this campaign, I never put my work anywhere. I always thought I wasn't good enough, yet now I feel more free to let others see it."

They say "Sticks and stones may break my bones but words will never hurt me" but is this true? words do hurt, and they can scar us forever. People can be mean and say words that hurt but forgive yourself for even letting them get to you and let those words make you stronger because you are better than them. #bullying #cyberbullying #awareness #bodyimage #socialmedia #loveyourself #fashionphotography #photography #beauty #unedit #unedityourself

"Putting the look book together has made me feel excited and has motivated me to move forward," Johnson told Sputnik.

Now that Jade has launched her exhibition, she hopes that social media network bosses and those who are responsible for them will implement the necessary changes.

"This exhibition might just open their eyes to see that there is a person behind the profiles, and that the way they are made to feel is wrong."