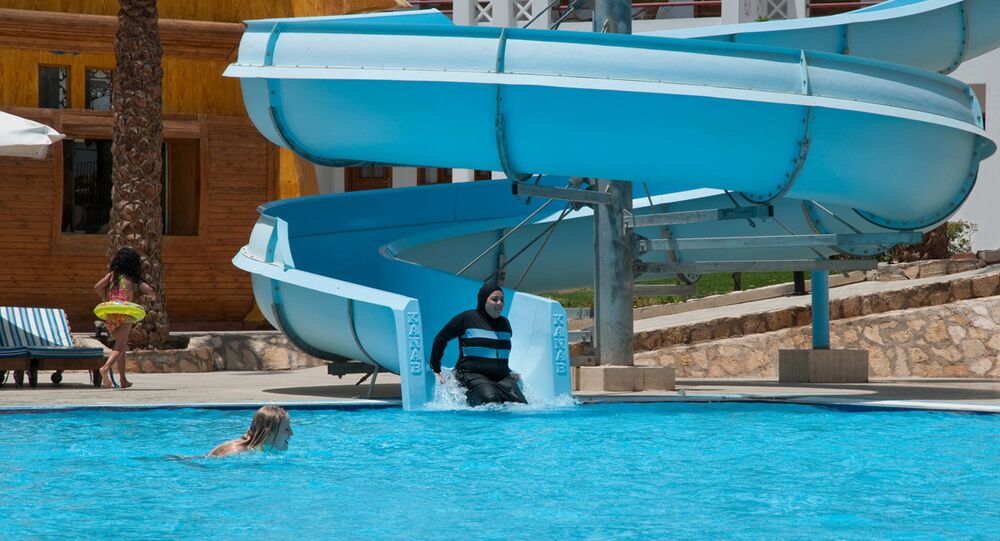 The mayor of Regensburg announced a ban of the full-body swimsuit preferred by some conservative Muslim women, causing fierce debate on both sides of the aisle on religious freedom.

On Thursday, a public indoor swimming pool near the German city of Regensburg banned the wearing of burqini, a swimsuit that many conservative Muslim women wear for the sake of modesty.

The ban came after local residents complained to the city about a woman swimming and doing water aerobics in the public pool wearing a burqini, a garment officials consider to be "non-typical" swim attire.

"Why the burqini as a full-body suit would be necessary to wear during a women’s swim day is for me incomprehensible," town mayor Heinz Kiechle said.

The mayor argued to local reporters that, because the pool is publicly financed, it does not make sense to make special arrangements that may negatively impact other swimmers, reiterating the city’s policy that residents are to wear "only generally typical apparel."

Kiechle further contended that allowing a special exception for religious and cultural observance "contradicts the fundamental ideas of integration and mutual understanding, which is always being discussed in many towns."

The city’s decision appears to be rooted in growing animosity caused by an influx of Syrian refugees, with German Chancellor Angela Merkel’s administration agreeing to accept over 1 million asylum seekers, resulting in growing far-right closed-border sentiment in the country.

The mayor claimed that, prior to instituting the "generally typical apparel" policy, Syrian refugee men were swimming in public pools in their underwear. Pool lifeguards have adamantly refuted this claim.

The incident has received substantial traction in German political circles, with the Green Youth Party denouncing the ban saying, "We see this case not only as a clear violation of fundamental rights, but also as a blow to humanity and tolerance."

Others pointed to the incident as a reason to repeal the German Basic Law of fundamental rights for religious freedom, arguing that the country risked losing its cultural identity if it acquiesced to the demands of various special-interest groups,rather than require cultural assimilation.

The burqini-clad woman, who locals describe as an adept swimmer, has not returned to the pool since the imposition of the ban.