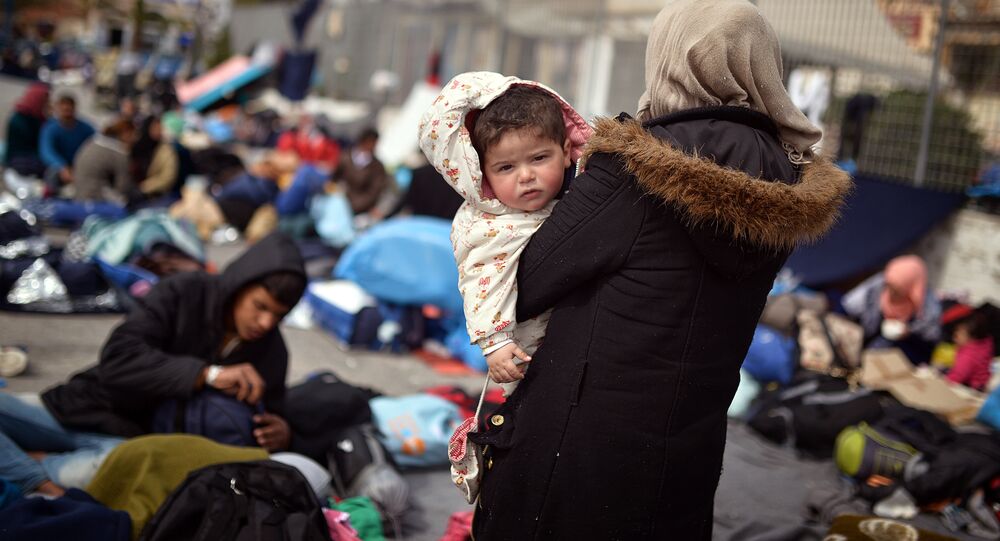 Lack of Legal Routes, Violence Behind Migrant Flow Increase in 2016

The increase in the flow of refugees trying to enter the European Union by making a dangerous journey across the Mediterranean Sea is the result of insufficient legal ways and volatile situation in migrants' home countries, a UN High Commissioner for Refugees (UNHCR) spokeswoman told Sputnik on Monday.

MOSCOW (Sputnik) — According to the UNHCR, more than 700 migrants drowned on May 25-27 on their way from Libya to Italy. The Medecins Sans Frontieres (MSF, or Doctors Without Borders) put that number at 900.

"The increase in 2016 compared to the same period of 2015 (the first five months) of the number of people fleeing to Europe on the Mediterranean can be explained by different factors, such as the weather, conditions in the countries of origin and the limited alternative, legal pathways to safety," Nora Sturm said.

© AFP 2021 / VALERY HACHE
MSF: Up to 900 Migrants Feared Dead in 3 Mediterranean Shipwrecks in Just a Week
Sturm added that the UNHCR continued to call for increased regular pathways for the admission of refugees, including resettlement and humanitarian admission programs, family reunification, private sponsorship and student and work visas for refugees in order to reduce smuggling and dangerous irregular sea journeys.

Hundreds of thousands of migrants trying to escape violence and poverty in their home countries are fleeing to the European Union, mainly across the Mediterranean Sea, and using Italy and Greece as the main entry points.