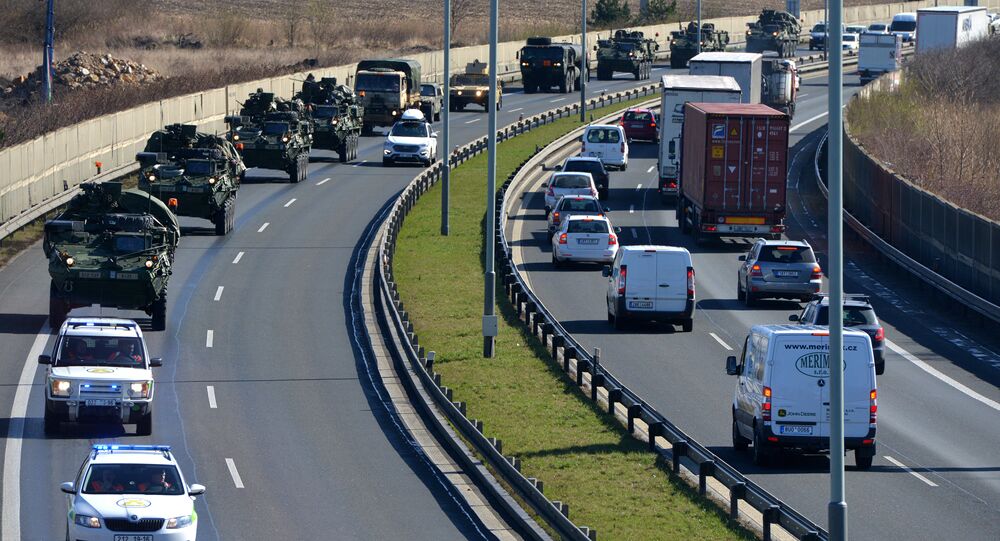 US military convoy consisting of 420 soldiers and 224 units of equipment has entered the territory of the Czech Republic to participate in the Saber Strike-2016 exercises in the Baltic states, local media reported Friday.

© Flickr / Tjflex2
Czech Republic to Restart Ties With China as State Independent From US, EU
PRAGUE (Sputnik) – The US convoy is divided into nine groups due to safety concerns and traffic issues, the Tyden newspaper said.

The military drills are set to last on the territory of the Czech Republic until Monday, when the US convoy will head to Poland, according to the media outlet.

The convoy’s transfer aims to train armies participating in the exercises held May 27- June 22 to respond quickly to a potential crisis and to instantly deploy soldiers and weapons in case of emergency.