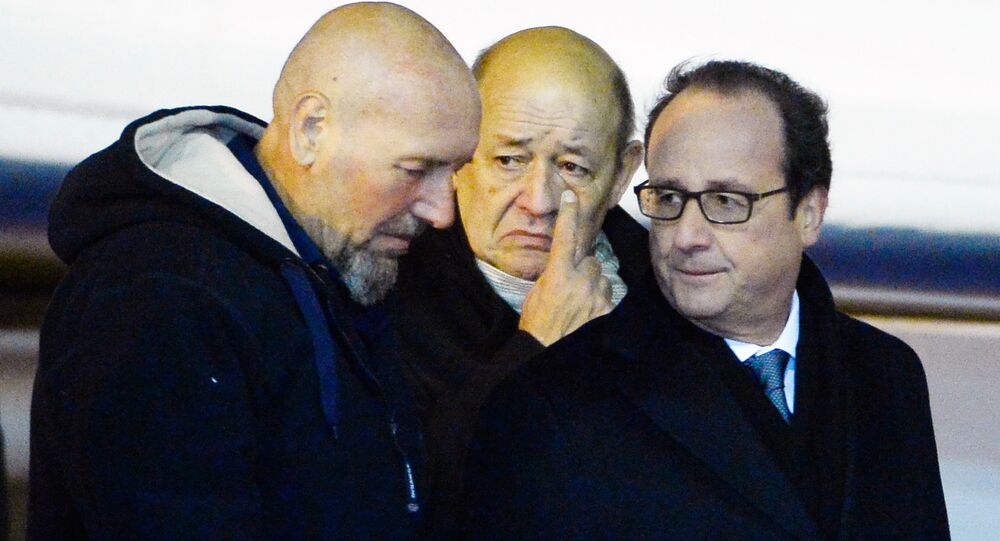 ‘No One Cares’: Former French Hostage Complains About Official Neglect

Serge Lazarevic, the last French hostage to be held by Islamist militants in Mali, was freed in December 2014 after spending three years in captivity. In an interview with Radio Sputnik he spoke about his post-traumatic syndrome and the problems he has to deal with in his everyday life.

© AFP 2019 / YURI KADOBNOV
Red Cross Team Kidnapped in Mali Set Free
Eighteen months after his return to France, Serge published a book, titled From One Desert to Another, where he described his ordeal at the hands of his captors from the Al-Qaeda in the Islamic Maghreb (AQIM) group.

“I’m not outraged, I just don’t understand. I’m talking about all those victims of terrorism, people who were taken hostage. No one takes care of you when you get back, there is no methodology of helping us, you are left to your devices. The media are all over you when they bring you back home, but this is not for long,” Serge told Radio Sputnik.

“First they gave me a red-carpet welcome, President François Hollande and his defense minister came to greet me. But then it was a complete desert: no support whatsoever, no rehabilitative methodology, nothing at all… They tortured me, maimed me, did strange things to me, the journalists presented me as a war criminal,” he complained.

He said that someday he would establish an association to help victims of violence and those who suffer from post-traumatic shock.

“These people need concrete answers, not just ‘maybes’ and ‘could bes.’”

“When I was there (in Mali) I knew what was going on. They tortured me every day, blindfolded and tied me to a tree, they played 'Russian roulette' with me but I always knew why they were doing that. They tortured me because the French administration was taking its time, dragging its feet. It’s been eighteen months since I came back, but my future is still up in the air. I have no social security, no one is helping me with my medical bills. I am worse off than any political asylum seeker. I should have returned to France with my Serbian passport because I would’ve  been better off living here as a political refugee than as a French citizen,” Serge Lazarevic said in conclusion.

Serge Lazarevic was snatched in Mali in November 2011 along with fellow Frenchman Philippe Verdon.

Militants from the al-Qaeda in the Islamic Maghreb (AQIM) group killed Mr. Verdon in 2013.