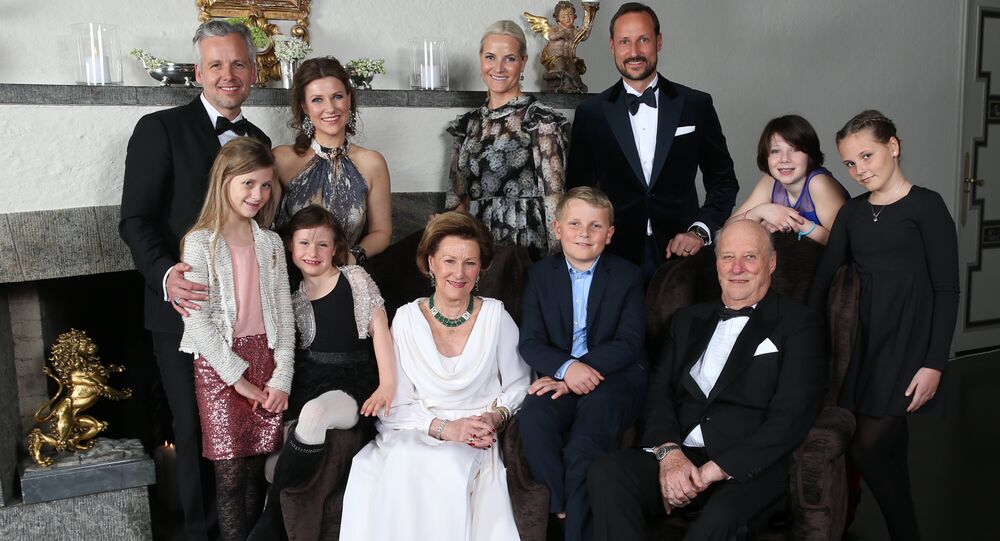 The actual annual cost of the Norwegian monarchy is about 460 million kroner (roughly 55 million dollars), according to a report in the Norwegian newspaper Dagbladet. Allegedly, the state also keeps large parts of expenditure out of public sight.

© Photo : Pixabay
Oil on Troubled Waters: Unemployment in Norway Goes Up
Norway's police never disclosed the budgets for the royal bodyguards, but Dagbladet nevertheless managed to collect information on expenditures and staff from a variety of sources.

According to Dagbladet, The Royal House's expenditure has increased greatly in recent years. The total cost of the monarchy has grown by about 37 percent in just six years while the royals' salary payments have more than doubled since 2002 (119 million kroner against 52 million).

In addition to the security escorts, the extra millions in Dagbladet's calculations include the royal infants, personal military adjutants, royal estates and official trips abroad. These costs are divided amongst the responsible ministries rather than being included in the overall budget item for the royals, Dagbladet pointed out.

Economy professor Jarle Møen of the Norwegian School of Economics, said he was surprised by the lack of transparency surrounding the royals' actual outlay.

"It shouldn't happen that nearly half of the total cost is missing in a state inquiry. It shouldn't be so difficult to give a complete overview," Møen said.

In the aftermath of Dagbladet's report, a number of Norwegian politicians have called on the state to merge all royal costs into one item of the national budget.

"The whole budget should be presented in an obvious way for people to be able to see all of the income and expenditures for the entire budget. That is also important to combat corruption," Heidi Nordby Lunde of the Conservative Party (Høyre) told Dagbladet.

© AFP 2021 / JONATHAN NACKSTRAND
Do the Right Thing: Norway Hopes to Sidestep Emergence of Ethnic Ghettos
In March, even the Danish Royal House was reported as being in the red. In 2015, The Danish Royal Family overspent its allowance of 78.4 million kroner (12 million dollars) from the state and ended with a net loss of 4.2 million kroner (600,000 dollars).

The recent disclosure by Dagbladet puts the Norwegian Royal House on par with Europe's most expensive monarchies, with the burden per capita being even heavier due to Norway's modest population of roughly 5 million. As of 2014, the British Royal Family with its annual budget of 55 million dollars was dearest to the taxpayers. Surprisingly, the supposedly low-key and Scandinavian-style bicycling monarchy of the Netherlands turned out to be pretty expensive as well. A 2012 study by Herman Matthijs, a professor of the University of Ghent in Belgium, estimated that taxpayers in the Netherlands gave about $52 million in subsidies to that country's royal family, compared to only $20 million paid to Sweden's King Carl XVI Gustaf. Spain, on the other hand, has Europe's cheapest royal family with a yearly allowance of $11 million.

As of 2014, the public support of the Royal Family was reported to have reached 84.2 percent. Unlike the UK or the neighboring Sweden, there is no ongoing debate on the future of the constitutional monarchy, as the abolitionists' stance is Norway is rather weak. Dagbladet's recent discovery may add some fresh fuel to the discussion.