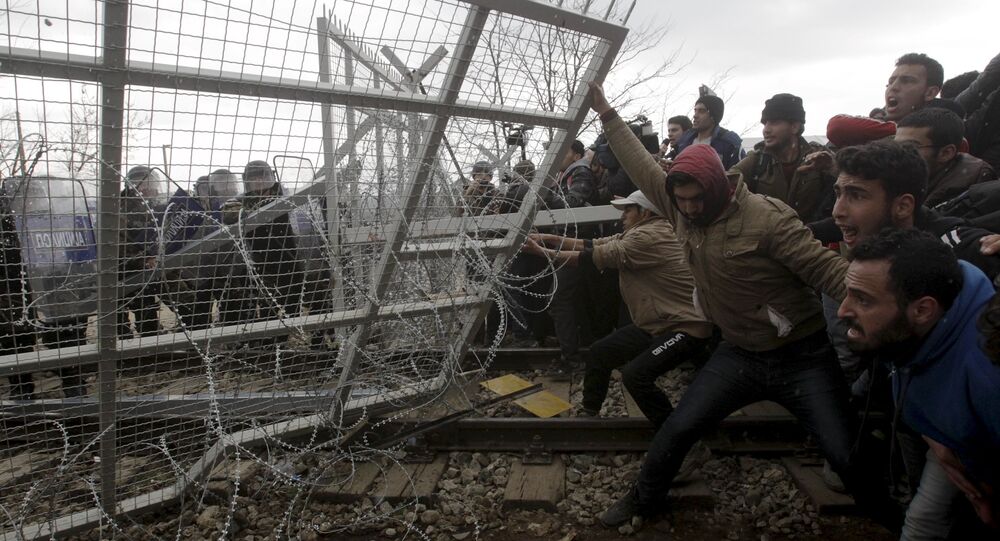 All irregular migrants that are currently staying in Greece, will be returned to Turkey within 15 days, Turkish Foreign Minister Mevlut Cavusoglu said Saturday.

On Friday, Brussels and Ankara struck a deal, which will see all migrants arriving illegally from Turkey to Greece starting from March 20 returned back. In exchange, the EU will resettle thousands of Syrian refugees directly from Turkey.

Gareth Jenkins, Istanbul-based researcher with the Silk Road Studies Program at John Hopkins University, joined Radio Sputnik to discuss the deal, which, according to him, leaves many questions unanswered.

“If you go back to the last summit in March 7, Turkey arrived with a huge shopping list of demands and basically has got almost any of them. These requirements included the EU to take in more refugees, and also wanted the opening of five chapters of the accession process. I think what the speaker of the EU is saying is that they will take 70,000 actually 72,000. That’s a very small number compared to 2.7 million Syrian refugees that are believed to be in Turkey.”

Jenkins further spoke about the refugees that are currently in Turkey and how under the EU law and the international law these refugees when they arrive in Greece they have the right to apply for asylum and for their cases to be heard.

“Their cases will be heard in 15 days which is a huge logistical challenge. Even if you can hear their cases within 15 days there is still a problem of whether Turkey is a safe country. It is partly to do with legislation as Turkey doesn’t recognize any refugees from Syria as refugees under Turkish law. There is also the issue of how safe Turkey is. There was another bombing in Istanbul.”

© REUTERS / Alexandros Avramidis
Turkey to Readmit Refugees Staying in Greece Within 15 Days
He also spoke about how according to him the government officials do not understand that this is a very humanitarian tragedy. “What we are going to see is more people dying while the bureaucrats from EU and Turkey will continue talking.”

“The disagreement only comes into force on the March 20, so the assumption is that those people will somehow be absorbed into the EU but that raises some very serious questions. Refugees that are in Turkey, at the moment Turkish authorities don’t have a comprehensive plan for them. There are 2.7 million Syrian refugees in Turkey alone, only 10% are in organized camps, those people will try to get into the EU after this deal and they will probably take a more dangerous route,” Jenkins said.

“The refugees are not being made welcome here. There is no comprehensive plan for them. They are not being given a reason to stay and in many cases they are being made to feel unwelcome in Turkey,” the analyst concluded.

Number of Syrian Refugees in World Estimated at 4.6 Million