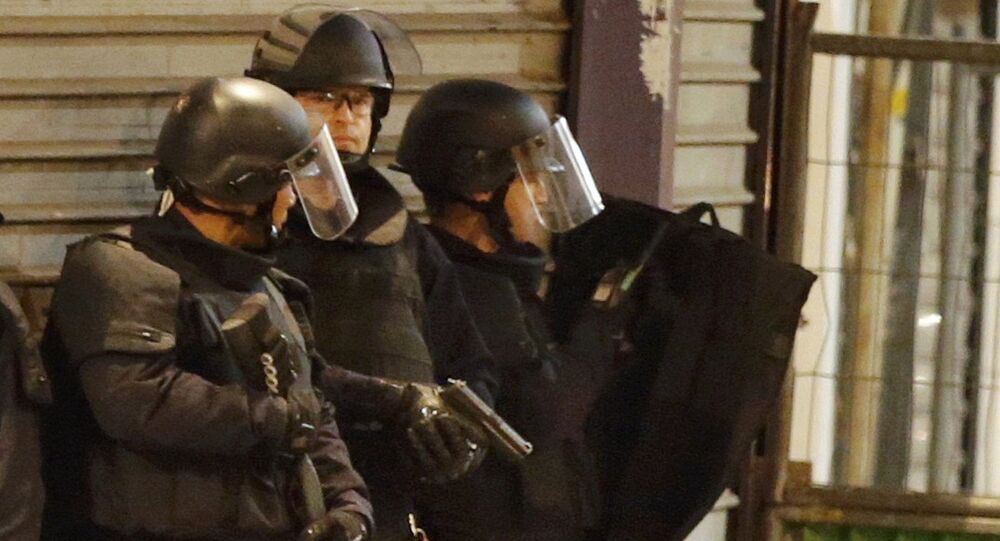 In the walkup to Euro 2016 French law enforcers are to stage a mock terrorist attack at a fan zone in preparation for Euro 2016, The Local wrote on Monday citing Interior Minister Bernard Cazeneuve.

© AFP 2020 / JOEL SAGET
France Needs 'More People, Not Computers' to Tackle Terrorism
With the European football championship less than three months away now, France is mobilizing its security services for the worst case scenario.
The mock terror attack will be staged in the southern city of Nimes on March 17, The Local reported.

France became the scene of several terrorist attacks staged last year, most of them in Paris, where 17 people were shot dead in coordinated attacks on the office of Charlie Hebdo satirical newspaper and a Jewish supermarket in January.

In November, terrorists with automatic weapons and suicide bomb vests killed another 130 and injured many more in a spate of deadly attacks in downtown Paris and outside the Stade de France stadium, the venue of the July 10th final game of the Euro 2016 championship.

Fan zones are areas believed to be most at risk of an attack as thousands of football fans from France and many other countries will be getting together in relatively confined spaces, The Local wrote.