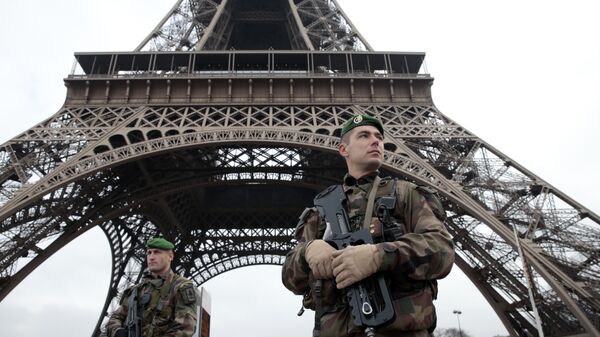 According to a member of the French legislative defense commission, France should rely more on human, rather than computerized, intelligence and needs to recruit more specialists for its security and intelligence agencies to tackle terrorism.

France Takes Note of GCC’s Decision to Designate Hezbollah Terrorist Group
MOSCOW (Sputnik), Svetlana Alexandrova – France should rely more on human, rather than computerized, intelligence and needs to recruit more specialists for its security and intelligence agencies to tackle terrorism, a member of the French legislative defense commission told Sputnik.

"The US has paid a high price in 2001 when relied mostly for electronics and computerized intelligence, rather than human intelligence. We need to recruit specialists in foreign languages to all national security and intelligence agencies that belong to the ministry of interior or defence," Nicolas Dhuicq said.

The lawmaker noted that the government has carrying out centralization on services since 2012.

On November 13, a series of terrorist attacks across Paris left at least 130 people dead. The Daesh terrorist group, outlawed in Russia and many other countries, claimed responsibility for the tragedy.

Following the attacks, a state of emergency was announced in France for three months. The measure was expanded in February, as the government believes that the threat of terror attacks persists in the country.

France has ideas to implement deradicalization measures within the framework of country's counterterrorism efforts to balance "traditional" security efforts, a member of the French legislative defense commission said.

"We are going to have two ideas while implementing our counterterrorism strategy that should balance traditional security efforts. First of all, there are plans to open 3 special deradicalization units that would provide differentiated psychological support to those who are known to be involved in the jihadist organizations," Nicolas Dhuicq said.

He added that the second part of the plan involved the creation of deradicalization prison units that would segregate the terror convicts.

France stepped up counterterrorism measures following a series of terrorist attacks in Paris that killed 130 people and injured over 360 on November 13, 2015. The Islamic State jihadist group, which is outlawed in a number of countries, including the United States and Russia among others, took responsibility for the bloodshed.

The European Union should go beyond using intelligence at the EU level, and cooperate with Russia and Syria amid the current threats of radicalization and terrorism, a member of the French legislative defense commission said.

"Amid the attacks in Paris and the growing threat of radicalization and terrorism, the EU states need to step up beyond the use of intelligence at the European level expending this cooperation to the international partners such as Russia and the Assad's regime," Nicolas Dhuicq said.

According to Dhuicq, Syria could help by providing a list of people fighting for the Islamic State militant group who may become involved in terrorism-related acts in Europe. Russia has expertise in fighting terrorism.

The Daesh militant group has been operating in Syria amid the civil war in the country. The organization is banned in numerous states, including Russia. More than 36,500 foreign fighters have traveled to join the war in Syria from over 120 countries since 2012, National Intelligence Director James Clapper said last month.

Russia and the United States lead separate campaigns against the group in Syria. Russia began launching airstrikes against the Daesh positions since 2015, while a US-led coalition, which includes France, has been conducting an operation in Syria since 2014. The coalition does not have permission from Damascus, as it considers the current Syrian government illegitimate.

The prolonged hostilities in Syria have led to a massive refugee crisis, triggering concerns that terrorists could be entering Europe as asylum seekers. Concerns have also been raised over foreign nationals fighting in Syria returning to their home countries to carry out attacks.

On November 13, extremists carried out a series of coordinated attacks at various locations in the French capital, killing 130 people and injuring over 350. IS claimed responsibility for the incident.