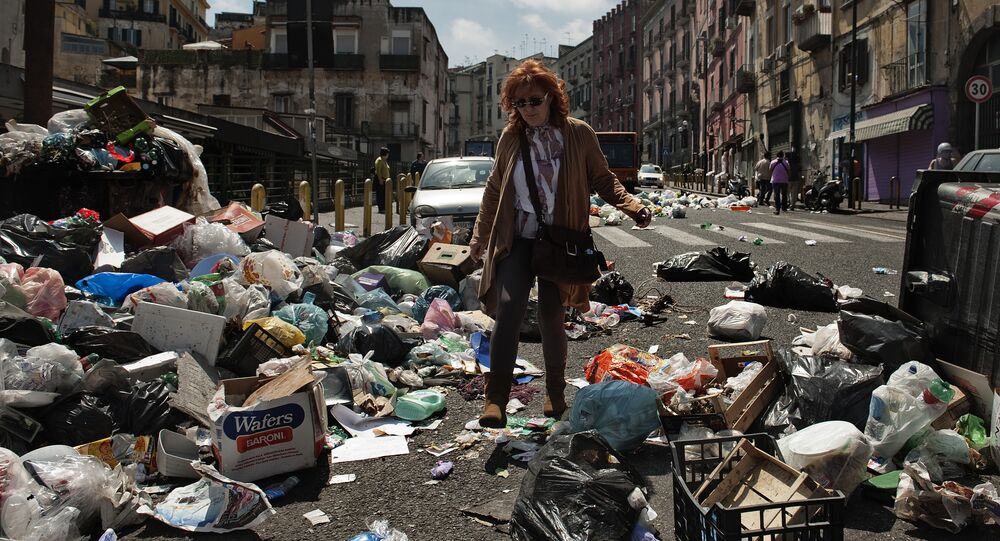 The burning of rubbish and toxic waste by local mafia groups near the Italian city of Naples is responsible for a disproportionate amount of cancer-related deaths and illnesses among local residents, a government study has found.

The research, carried out by Italy's National Institute of Health, found that in 55 municipalities in the country's Campania region, referred to as the ‘Land of Fires' due to the high number of illegal rubbish dumps, there were above average rates of cancer.

Of particular concern was the effects the rubbish burning was having on infants and young children, with the report noting that it is "critical" that the Italian government do something to stem the high rate of babies being hospitalized with tumors — a major concern among medical practitioners.

In photos: A highly toxic waste site in Italy was a secret for years. @MassimoBerruti http://t.co/YujPncYYvB pic.twitter.com/f8jzcgBJum

@Cecalli_Helper Look at all toxic waste the Camorra dumped in Naples Now we see the cancer effects.

​The report stated that the high cancer rates were inked to "verified or suspected exposure to a combination of environmental contaminants which can be emitted or released from illegal hazardous waste dump sites."

The research comes as a follow up to an initial report in 2014, which found that in 23 provinces there was an "excess of hospitalization for leukemia" with residents in the area campaigning for many years about the adverse health effects of the burning of toxic waste.

© Flickr / USAEC
Trash to Cash: European Crime Gangs Turn Waste Into Virtual Currency
Locals and campaigners say that large piles of rubbish are being stored and burned in the area by local crime gangs, who avoid paying the costs associated with properly distributing waste.

In January 2014, the Italian government deployed army forces to the region to try and address the situation "in the most efficient manner," while Prime Minister Matteo Renzi introduced a series of measures aimed at protecting locals from the effects of toxic fumes.

However, many have long criticized the government for neglecting the health concerns of locals, while others say that new measures still aren't preventing toxic waste from being burned in the area.

Rome was ordered to pay a fine of US$21.7 million (€20m) in July following a European Court of Justice decision, which found the government had not done enough to resolve the problem.