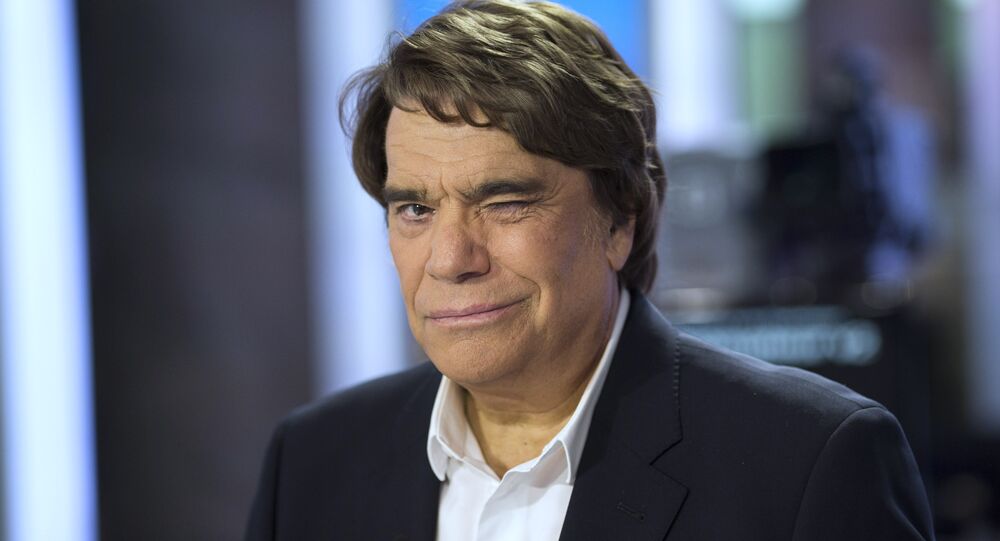 The controversial tycoon and former French minister Bernard Tapie - who was this month ordered to repay US$439 million over the sale of Adidas - has said he will move back into politics to block Marine Le Pen's Front National party from gaining power.

Tapie said: "I have decided to return to politics" following the regional elections, when Le Pen's Front National made significant gains in the first round on December 6. It was only when the Socialists pulled out of some regions in the second round on December 13 that her party was edged out and failed to win a seat.

"The worst has been avoided thanks to the withdrawal of the Socialist candidates, which should be welcomed," Tapie told French media.

Adding that it would be an "Apocalypse if the FN came to power."

Tapie is a colorful character in both French politics and in French business life. His company specializes in turning round failing companies — one of which was the sports clothing company Adidas, which he owned from 1990 to 1993.

© AP Photo / Francois Mori
Le Pen's Front National Party in Disarray After Election Defeat
Tapie bought the company for US$265 million, which he raised through a loan. Two years later, in 1992 — when he was minister of City affairs under Francois Mitterrand —  he could not afford the loan repayments and called on the Credit Lyonnaise bank to sell the company, rolling up the outstanding debt into enterprise equity of the firm.

Tapie filed for personal bankruptcy in 1994 and became embroiled in a series of lawsuits, culminating in him serving six months of an 18-month prison sentence in La Sante prison in Paris.

Bernard Tapie is the #French equivalent of Donald Trump and I wish him well in his reentry into French politics.

​However, over the Adidas sale — in which Tapie contended the bank had defrauded him by undervaluing the company — In 2008, a special judicial panel ruled that Tapie should receive compensation of US$439 million from the French ministry of finance, then headed by Christine Lagarde, now head of the International Monetary Fund. The ruling caused a public outcry in France.

Bernard Tapie, a 72-year old business man convicted for corruption, wants to go back to politics. That's So French! https://t.co/tLLWWfLfOH

Lagarde: on her watch: businessman Bernard Tapie awarded a staggering $440 million in compensation.

​However, on December 3, 2015 a court ruled that Tapie should return the US$439 million with interest, following investigation into alleged abuse of power by Ms Lagarde.

© REUTERS / Yuri Gripas
IMF Chief Lagarde to Appear in Court Over Corruption Charges
Tapie's forays into football fared no better. He was president of Olympique de Marseille football club, from 1986 to 1994, a period which saw the team become Champion of France and win the Champions League.

However, in 1993, he was accused of fixing the match between his club and minor club Valenciennes. Olympique de Marseille was stripped of its French league championship and was later relegated by force to the second division because of financial irregularities widely blamed on Tapie.

His return to political power will open yet another chapter in Tapie's colorful life.

IMF Chief Lagarde to Appear in Court Over Corruption Charges