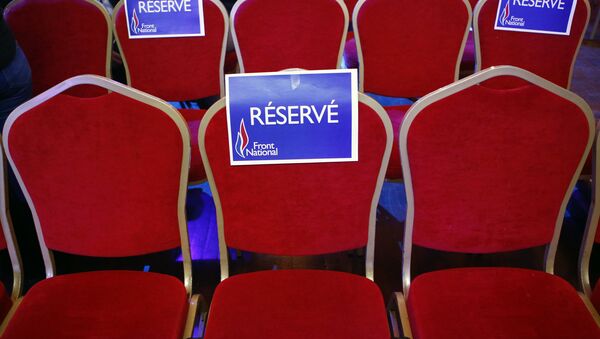 In France, Marine Le Pen's Front National Party is beset with acrimony following its defeat in the December regional elections, leading to calls for "reforms" and even a name-change, which goes to the heart of the Le Pen family's grip on the party.

Despite having won six out of 13 regions in the first round of voting on December 6, Le Pen's party did not manage to win powers in a single region after the second round of voting on December 13, even though 6.8 million votes were won — it's largest ever score. Le Pen had been hoping that the party's first victory ever in regional elections would act as a springboard for her campaign to run for the presidency in 2017. 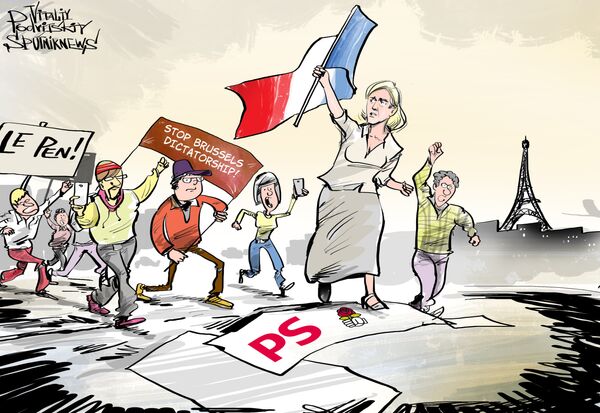 "Nothing is taboo, everything is possible," Philippot said.

The question of the party's far-right image and its name has come up a few times in the past, but has always come up against resistance from within the Le Pen family, and in particular, the party's original leader, Jean-Marie Le Pen, Marine's father. 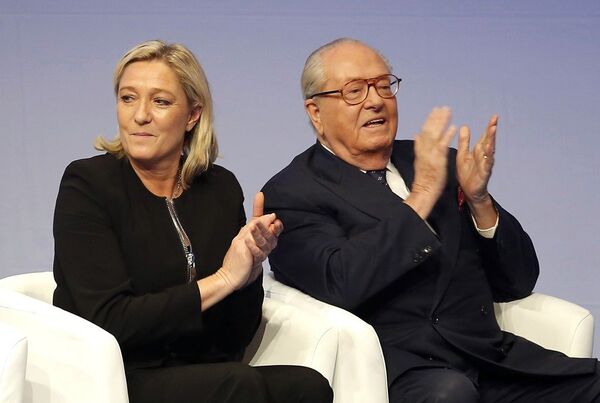 The current row within the party is just the latest in a long series of battles in the Front National.

The rise of the Front National dates back to its creation in 1972, under the youthful Jean-Marie Le Pen, who was its leader until his resignation in 2011.

But within two years of its inception, the Front National was faced with a new rival on the far right, the Party of New Forces (PFN), which was founded by Front National dissidents, unhappy with Le Pen's leadership.

The party finally broke through into mainstream politics in 1984, after winning ten seats in the European Parliament and in 1986, winning 35 seats in the National Assembly. Len Pen was going from strength to strength when in 1988, he polled 14.4 percent in the presidential elections.

But it was all going to come to an end for Le Pen, who disagreed with some of his senior party colleagues who went off to form another party, the Mouvement National Républicain (MNR), taking away half of the Front National's membership. To make matters worse for Le Pen, one of his daughters, Marie-Caroline, followed her husband to join MNR.

By 2007, after fighting that year's elections, the party was in financial trouble and Le Pen was forced to sell the HQ of the Front National and announced he would stand down as leader. His daughter Marine took over in 2011.

But then, the Le Pen magic started to wear off and another father-daughter spat began. In April 2015, Le Pen reiterated his past comments that the Nazi gas chambers were a mere detail of history and his daughter suspended him from the party.

Le Pen senior challenged the suspension in the courts and won his case and reinstatement to the party. However, in August 2015 a special meeting of the party expelled him and there remains little love lost between him and his daughter.

Now it seems — with a change of name and "reforms" on the cards, the shine of the Le Pen family within the Front National is beginning to fade. And with it, Marine Le Pen's chances in the 2017 presidential race.