Alarmed by President Erdogan’s political adventurism, a group of leading Turkish businessmen has asked the head of the Russian-Lebanese Business Council, Jacques Sarraf, to organize a meeting with their Russian colleagues in Lebanon. 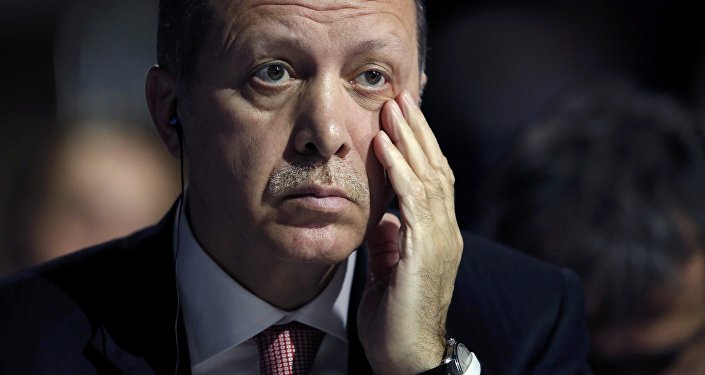 © REUTERS / Christian Hartmann
‘Many Countries Are Fed Up With Double-Dealing Turkey’
Relations between Moscow and Ankara have sunk to new depths after a Turkish fighter jet shot down a Russian bomber in Syria in what President Putin slammed as a “stab in the back by accomplices of terrorism”.

Russia retaliated against the unwarranted attack with a series of hard-hitting economic sanctions against Turkey.

“A delegation of Turkish businessmen came to Lebanon and they told me how scared they were by Erdogan’s ambitions… Aware of my close ties with Russian businessmen, they asked me to organize a Russian-Turkish conference in Lebanon,” Jacques Sarraf told Sputnik.

“The private sector has been hit the hardest by what is going on, and this is the direct result of the political, security and military actions taken by President Erdogan,” Jacques Sarraf emphasized.