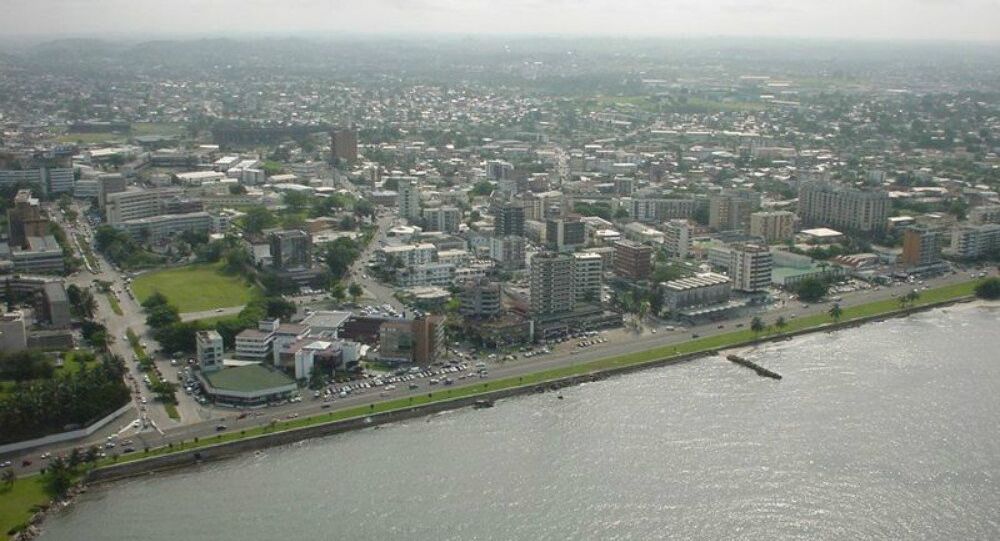 In an attempt to criticize the economy and the government of the country he now resides in, the Odessa region's Governor Saakashvili has compared Ukraine with Gabon - interestingly enough, one of the most stable and prosperous countries in Africa.

Mikheil Saakashvili has criticized the slump in Ukraine's Gross Domestic Product (GDP) from $184 bln to $115 bln, noting that at its current rate of development it will take at least 15 years to restore the economy to the level it was at under President Yanukovich.

© REUTERS / Valentyn Ogirenko
Political Brawl in Ukraine: Yatsenyuk to Leave Office in December?
In an attempt to criticize Ukraine's GDP per capita, the politician compared it with the Francophonic equatorial nation of Gabon, “with due respect to Africa”.

Saakashvili did not elaborate why he had chosen the most prosperous and stable country on the African continent for the comparison.

Gabon, which is located on the west coast of Africa, is one of the region's most stable states. Thanks to its oil exports and small population of 1.67 million, it enjoys more wealth per capita ($10,067.5 per year in 2013) than many of its neighbors. In fact, it is considered an upper middle income country by the World Bank and ranks alongside Mexico, Turkey and Romania.

Ukraine, with a GDP per capita of $3,082.5 per year in 2013, before the Euromaidan coup, was ranked behind Nigeria, Saakashvili's native Georgia and every country in Europe except neighboring Moldova.

© AFP 2020 / VASILY MAXIMOV
Now They Bite Each Other: Ukraine's Saakashvili, Kolomoisky Make Public Squabble
However, Saakashvili's speech indicates that the Gabon comparison wasn't meant to be a flattering one.

“The shadow economy [of Ukraine] has jumped from 32 percent to 47 percent in the one-and-a-half years of work of the current government,” Saakashvili said in his interview with the local TV show “Shuster Live”, quoting the data of some international organizations.

“It is killing business,” he added.

The former Georgian president also said that Ukraine had lost approximately 400 billion hryvnas ($18.5 bln) due to the closure of 53 banks and called for radical reforms, which he claimed are needed to restore the economy.

© AFP 2020 / MANDEL NGAN
Georgia to Ask Again to Put Saakashvili on Interpol’s Wanted List
Meanwhile, a petition was posted on the official website of President Poroshenko calling for Saakashvili to be appointed Prime Minister of Ukraine. Nearly 30,000 people have already signed the appeal, which under the current regulation, is to remain posted for 90 days.

The number of signatures has already passed the 25,000 threshold and therefore the petition is set to be reviewed by the president.

Saakashvili, who is wanted in Georgia on charges of misappropriation of public funds and abuse of power, said earlier that he did not see himself becoming the head of the Ukrainian cabinet.

Ukraine Crisis Created to Keep Europe Away from Russia – MP