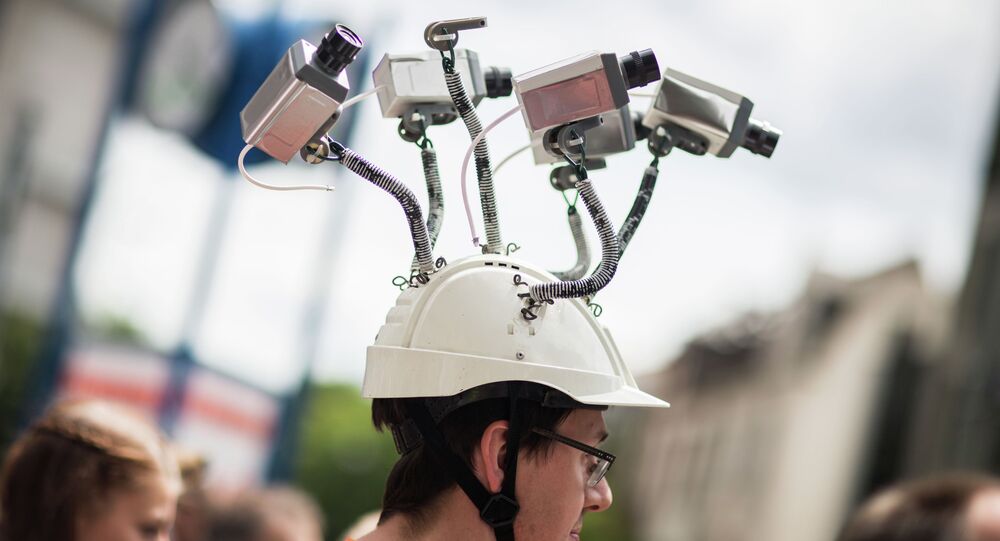 Hanno Harnisch, the deputy spokesman of the German left-wing Die Linke party (Left Party), said that German government does not fulfill the democratic duty to protect the German people from espionage on the part of other states.

© East News / Imago Stock and People
WikiLeaks Expose German Government's Role in NSA Surveillance
MOSCOW (Sputnik), Yulia Shamporova — The government of German Chancellor Angela Merkel has forfeited its legitimacy and lost the trust of the German people by failing to defend them from being spied on by the US National Security Agency (NSA), the deputy spokesman of the left-wing Die Linke party (Left Party) told Sputnik on Thursday.

"German government does not fulfill the democratic duty to protect the German people from espionage on the part of other states," Hanno Harnisch said. "Such a government should be better dismissed, if it’s not able to solve this problem as a real government should do."

Die Linke responded to the revelations by calling for an emergency meeting of a German parliament committee to investigate US spying on Germany.

© AP Photo / dpa,Stephan Jansen
German BND Reform Should Reduce Agency's Dependence on NSA – Lawmaker
Harnisch stated that the issue of NSA surveillance, first transpiring in 2013 and dating to the early 2000s, has become "ridiculous" due to Merkel’s attempts to play it down.

"Our chancellor, Mrs. Merkel, and her office should bring enlightenment and clearness to this situation, but they do not do that," he said.

"Every day WikiLeaks discovers new lists of officials being spied on, and in response Angela Merkel and her office say that they [WikiLeaks] should seriously prove it in spite of explaining and clearing the situation," the spokesman added.

In 2013, former NSA contractor Edward Snowden leaked classified documents revealing that the NSA had been gathering data on European officials and businesses, including those in Germany, for years.

Recent reports reveal that US intelligence operatives have listened to Merkel’s phone talks with France’s ex-president Nicolas Sarkozy on the Greek economic crisis, as well as private conversations with a personal assistant and top German ministers over several years.