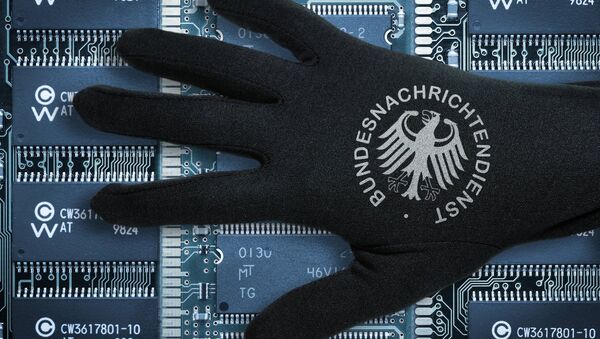 New documents released on Tuesday by WikiLeaks provide evidence that the German Government was actively involved in assisting the US National Security Agency in mass surveillance on German companies and citizens, which the state had previously denied.

Germany was rocked when it emerged that its intelligence service the Bundesnachrichtendienst (BND) had violated the country's Constitution by helping the US National Security Agency (NSA) spy on European politicians and companies.

It was alleged that the BND assisted the NSA to conduct intelligence surveillance on top officials at the French Foreign Ministry, the Elysee Palace and European Commission. The revelations came on the back of the German Government being accused of lying to its parliament, the Bundestag, when it denied any knowledge of such collusion involving surveillance of European politicians and commercial companies.

However, WikiLeaks has just released papers showing that the Germany Chancellory had written a letter directly to Kai-Uwe Ricke, who was the CEO of the German communications company Deutsche Telekom AG from 2002 to 2006.

Merkel Defends Chiefs of Staff Against Accusations of Lying in NSA Scandal
The letter called on the assistance of Deutsche Telekom to facilitate the continuous mass surveillance of German and international Internet and telecommunications data at Deutsche Telekom's Frankfurt exchange point. This operation, codenamed "Eikonal", saw these intercepts then pass from the BND to the NSA.

The letter was addressed to Ricke and marked to be read by him personally. In the inquiry Ricke claimed he had never seen such a letter. After this letter was sent, the request to allow the BND access was granted.

"In this important Bundestag inquiry, the German and international public is the injured party. The purpose of this inquiry, properly stated, is to discover who is responsible for the injury of a great many people's rights and how these violations were committed. As the injured party, the public has a right to understand this inquiry's work. It is only through effective public oversight that this inquiry's stated objectives of transparency and justice will be met."