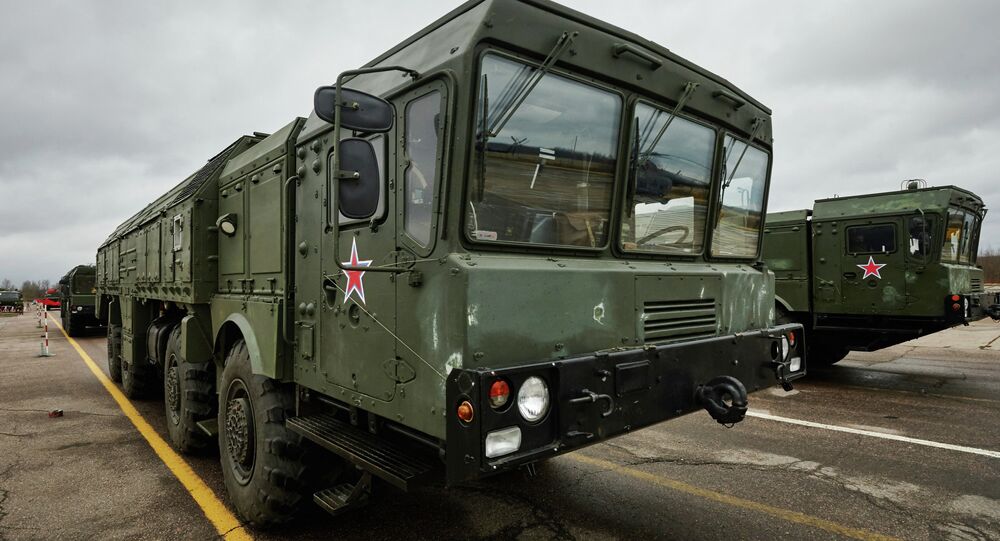 US Deploys Heavy Weaponry in Europe; Russia to 'Answer Adequately'

Russia will provide an ‘adequate answer’ to the deployment of the US heavy weaponry in Eastern Europe and the Baltics, a senior Defense Ministry official said on Monday, commenting on earlier claims that the Pentagon is poised to station battle tanks, infantry fighting vehicles and other heavy weaponry in several Eastern European countries.

“In case the US heavy weaponry, including battle tanks, artillery systems and other combat weaponry is going to be deployed in a number of Eastern European countries and the Baltics, it is going to be the most aggressive step of Pentagon and NATO since the end of the last century's Cold War,” the Russian media quoted Yuri Yakubov, the Coordinator of the Department of the General Inspectors of the Russian Defense Ministry, as saying.

“And there will be nothing left for Russia but to build up its might and means at strategic western locations,” added the senior Defense Ministry official.

Russia will commence by reinforcing its military along the perimeter of its Western border, including new tank, artillery and aviation units.

The Russian Ground Forces’ guided missile brigade stationed in the westernmost Kaliningrad region will be promptly reequipped with the Iskander-M ballistic missile systems, Yakubov added, and Russia’s combined forces in Belarus will also be considerably reequipped.

The announcement comes as a comment following US media speculation that “the Pentagon is poised to deploy battle tanks, infantry fighting vehicles and other heavy weapons for up to 5,000 US troops in Eastern Europe and the Baltic countries.”

© AP Photo / Mindaugas Kulbis
To Send or Not to Send: US Undecided on Putting Heavy Weapons in East Europe
As the media put it, "a company's worth of equipment — enough for about 150 soldiers — would be stored in each of the three Baltic nations: Lithuania, Latvia and Estonia. Enough for a company or possibly a battalion — about 750 soldiers — would be located in Poland, Romania, Bulgaria and possibly Hungary".

The senior Defense Ministry official however stressed that Russia has completely withdrawn from the Treaty on Conventional Armed Forces in Europe and won’t be bound by any lateral restrictions, as it was earlier, on the number of tanks, aircraft or artillery systems it was allowed to have in its near-border territories.

“We have completely withdrawn from this treaty which many European countries have not stuck to and we have a free hand in organizing responsive measures and strengthening our western borders,” he said.

The Kremlin so far has not commented on the issue.

“There was no official announcement from the US, therefore I have nothing to say. We will comment when there is any,” Kremlin spokesman Dmitry Peskov said Monday.