The cost of electronic waste if utilized for secondary processing or recycling, together with materials that can be extracted from the waste, totals to an amount of 52 billion dollars.

Last year, people from around the world have disposed of around 41.8 million tons of electrical and electronic equipment, as was stated in the report published by the United Nations. 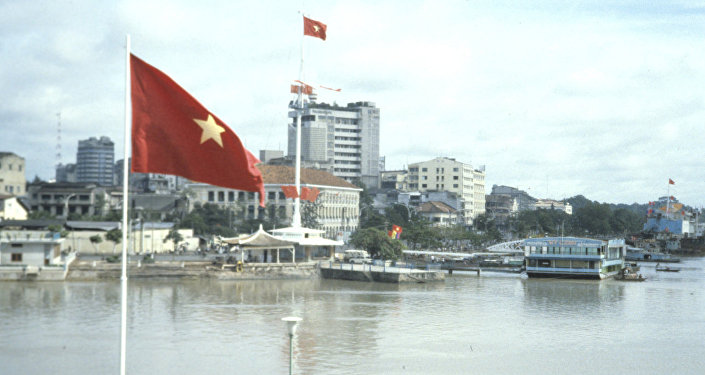 © Sputnik / Sergei Subbotin
Samsung to Build Another Electronics Plant in Vietnam
According to the specialists, the number of such debris could fill 1.15 million trucks, which would form a chain of 23 thousand kilometers.

The cost of such waste which could be utilized for secondary processing or recycling, as well as materials that can be extracted from the waste totals to an amount of 52 billion dollars. But only less than one-sixth of the total mass of ‘e-waste’ was recycled.

In all of the disposed garbage there was about 300 tons of gold. That is 11 percent of the world production. In addition, the waste had about 2.2 million tons of materials containing lead, mercury, cadmium and chromium.

About 60 percent of all the electronic waste is refrigerators, washing machines and other household appliances. The mobile phones, calculators, computers and printers account for only 7 percent of the total waste.

© Flickr / Mr Seb
Silicone Implants Get a Whole New Meaning in Interactive Technology
The most significant ‘contribution’ to the production of ‘e-waste’ per capita was ironically made by countries with a high level of environmental responsibility. In Norway, for example, the electronic waste per person in 2014 was 28.4 kilograms, in Switzerland — 26.3 kilograms, Iceland — 26.1, Denmark- 24 and in the UK —23.5.

The lowest rates were observed in Africa — 1.7 kilograms per capita (the continent produced 1.9 million tons of garbage).

The ‘leaders’ of e-waste production were the United States and China (32 per cent of total waste). They were followed by Japan, Germany and India.

Is the Environment Still Important?

Global Stocks Set to Advance in a Stronger Dollar Environment