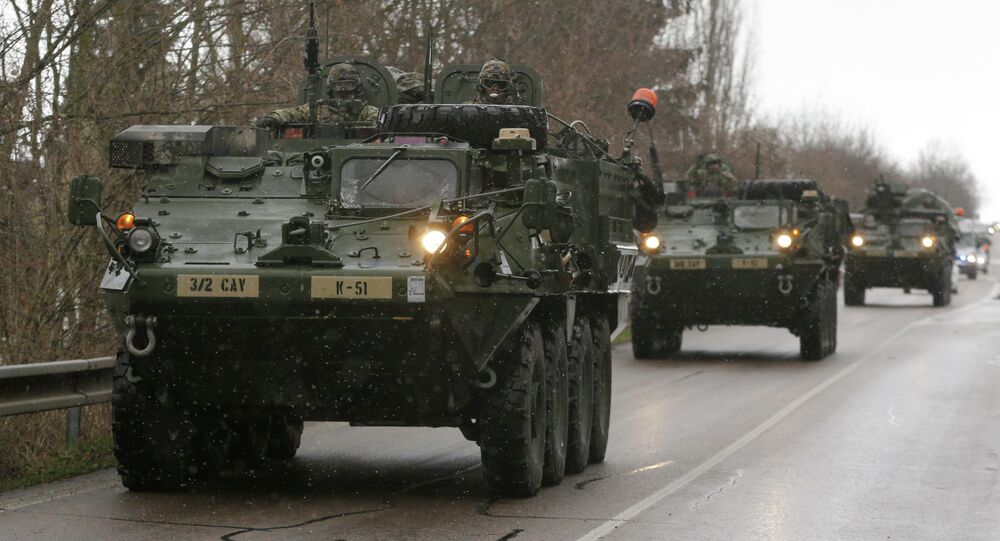 After what could essentially be called a 1,100 mile military parade through Eastern Europe, US paratroopers of the 173rd Airborne Brigade have arrived in Ukraine to commence Operation Fearless Guardian.

The convoy, consisting of 50 paratroops and 25 vehicles, disembarked from Vicenza, Italy. After traveling through Austria, as well as NATO allies Germany and Poland, the military caravan arrived in Yavoriv, Ukraine on Friday.

Operation Fearless Guardian is the codename given to US efforts to train the Ukrainian National Guard. Spanning a six-month period, the exercises will begin later this month. While 300 US soldiers will take part, the convoy delivered equipment as well.

"This equipment will provide maintenance support as well as troop and general cargo transport to and from training areas," Captain P.J. Hartman said in a press release from the US Army.

Ukrainian media has reported that the training will conclude with the US military trainers handing over ammunition, though US Army Europe spokesman Donald Wrenn told Newsweek, "[W]e at Army Europe are not aware of any ammunition being provided following the training."

Long planned, the mission was originally meant to begin last month, but it was delayed after the signing of the second ceasefire agreement in Minsk.

The convoy arrives amid renewed violence in the country’s east. Monitors with the Organization for Security and Co-operation in Europe reported evidence of fighting on Sunday, including tank rounds and machine gun fire. Ceasefire breaches last week left three independence supporters dead and five others injured.

Fearless Guardian is just the latest in a series of steps taken by Washington which contradicts its message of diplomacy over violence. The US has so far provided over $120 million in non-lethal military aid, including 230 Humvees and unarmed Raven drones.

"While we continue to believe that there is no military resolution to this crisis, Ukraine has the right to defend itself," Lainez said last month.

On Tuesday, Canada also announced it would deploy 200 troops to Ukraine to assist in the training exercises, while the UK has already sent a number of military instructors.

"Provocateurs in Kiev and those who support the 'party of war' might attempt to cook something up in the hopes of inflaming world public opinion, resulting in weapons flowing into Ukraine," Lavrov said. "We must keep a close eye on this."