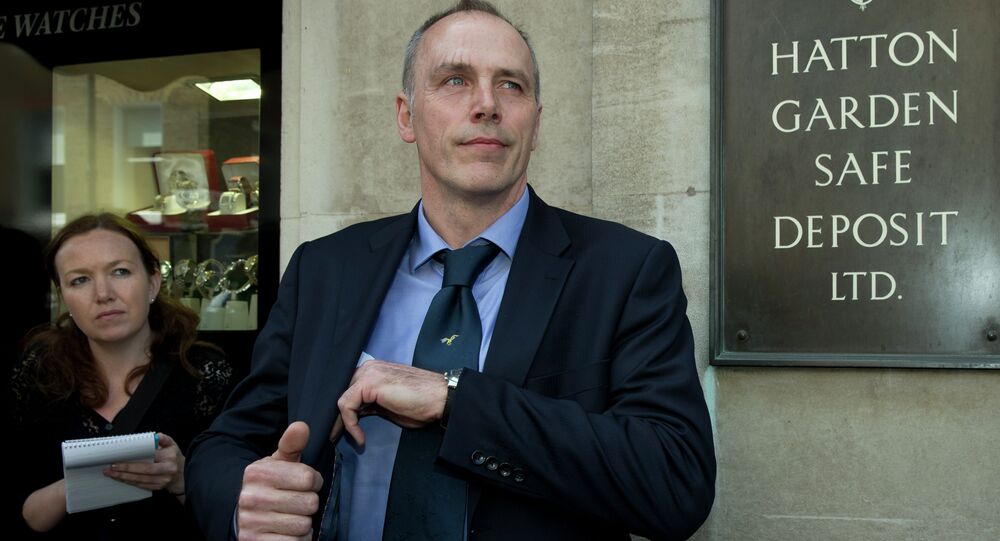 The theft of what is believed to be $300 million worth of jewelry from vaults in London's Hatton Garden has been potentially linked to a fire under a road just a few streets away, that took 24 hours to extinguish and which ultimately cut out power and communications systems.

John O'Connor, the former head of Scotland Yard's Flying Squad said that the fire, which started in an underground electrical junction box near central London's Holborn tube station, may have been sparked by a group of thieves, who then used it as a distraction to pull off the daring jewelry theft.

"I've never heard of an outage of electricity like that causing a fire that lasted as long as that. That seems to me as too much of a coincidence."

The fire, which burned through power and internet fiber lines caused widespread disruption in Central London, with 2,000 people being forced to evacuate the area.

#Holbornfire shows "how complex London can be" says Commissioner as believed cause is revealed http://t.co/I89nOEs7cc pic.twitter.com/evgRWT2fEv

While most of the attention and policing authorities were focused on the fire, Mr O'Connor believes that the thieves drilled their way into the Hatton Garden Safe Deposit Company, and then abseiled down the lift shaft, making sure security and camera systems were disabled.

© AFP 2020 / JUSTIN TALLIS
Nearly 2,000 Evacuated From Fire Scene in Central London
Once in the Company's basement, he believes the criminals cut through security bars and finally, the vault, where they took off with the loot, thought to be valued at as high as $300 million.

While police investigations into the fire and the jewelry heist continue, Mr O'Connor believes those involved in any potential theft of such elaborate proportions would have had some inside information.

"You're gonna have to have a detailed layout of the whole of the business. So clearly they got that from somebody on the inside," he said.